Do you remember in the early 90s when a group of scientists sealed themselves up in a huge greenhouse-type structure? It’s called Biosphere 2, and they give tours now! 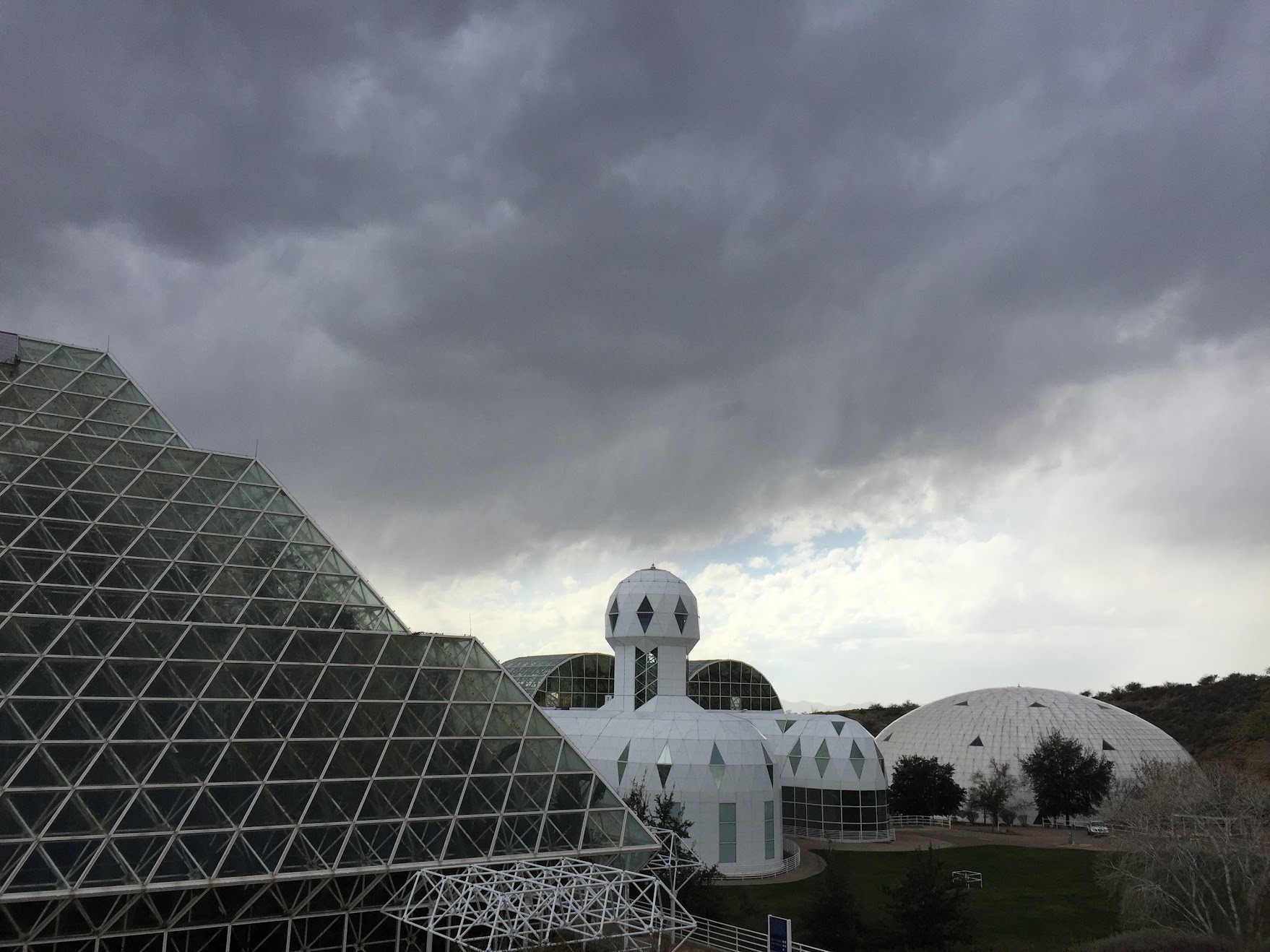 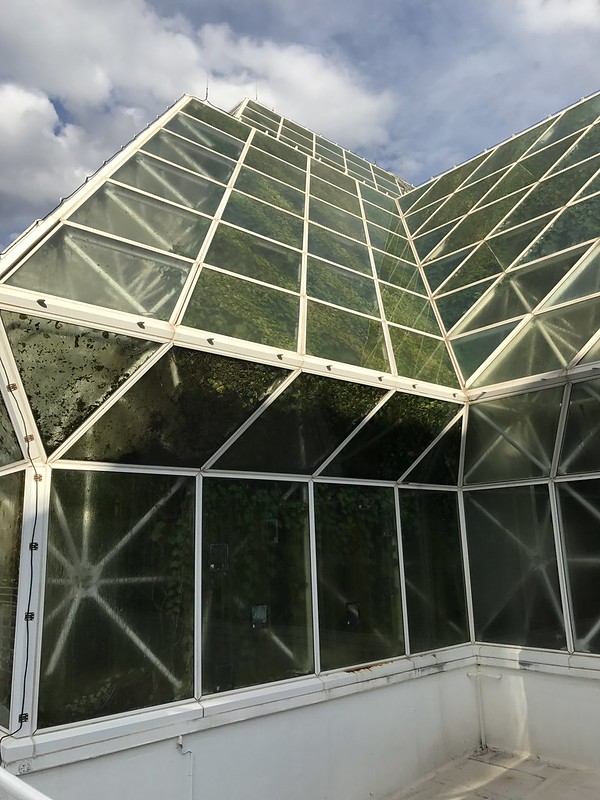 Biosphere 2 has five connected biome areas: a rainforest, an ocean with coral reef, mangrove wetlands, grassland, and a coastal desert. There’s also a separate area inside that the scientists used for agriculture. Our tour guide walked us through each area and told us about past experiments conducted here and what they’re working on now. (Biosphere 2 is now part of the University of Arizona.) 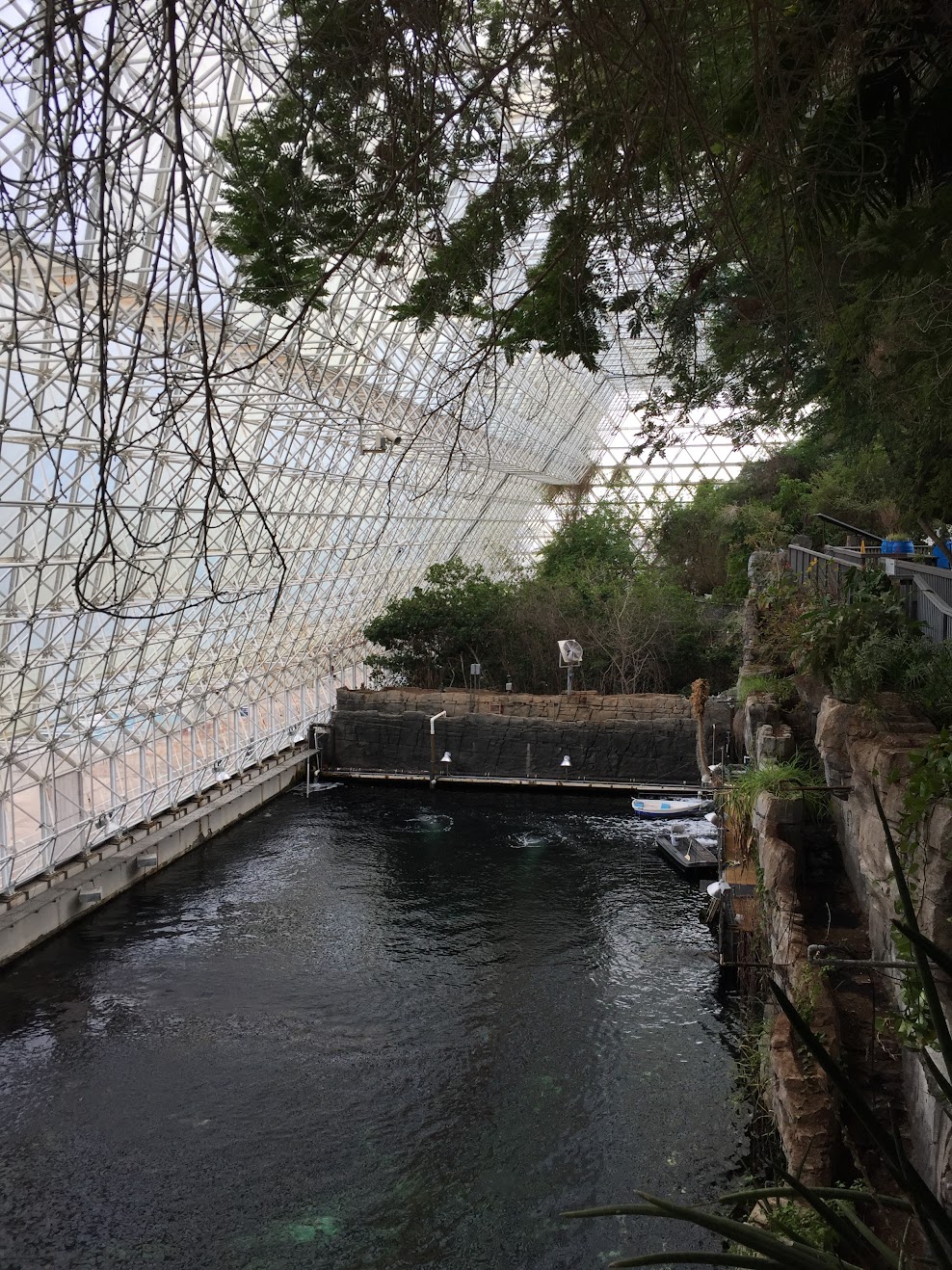 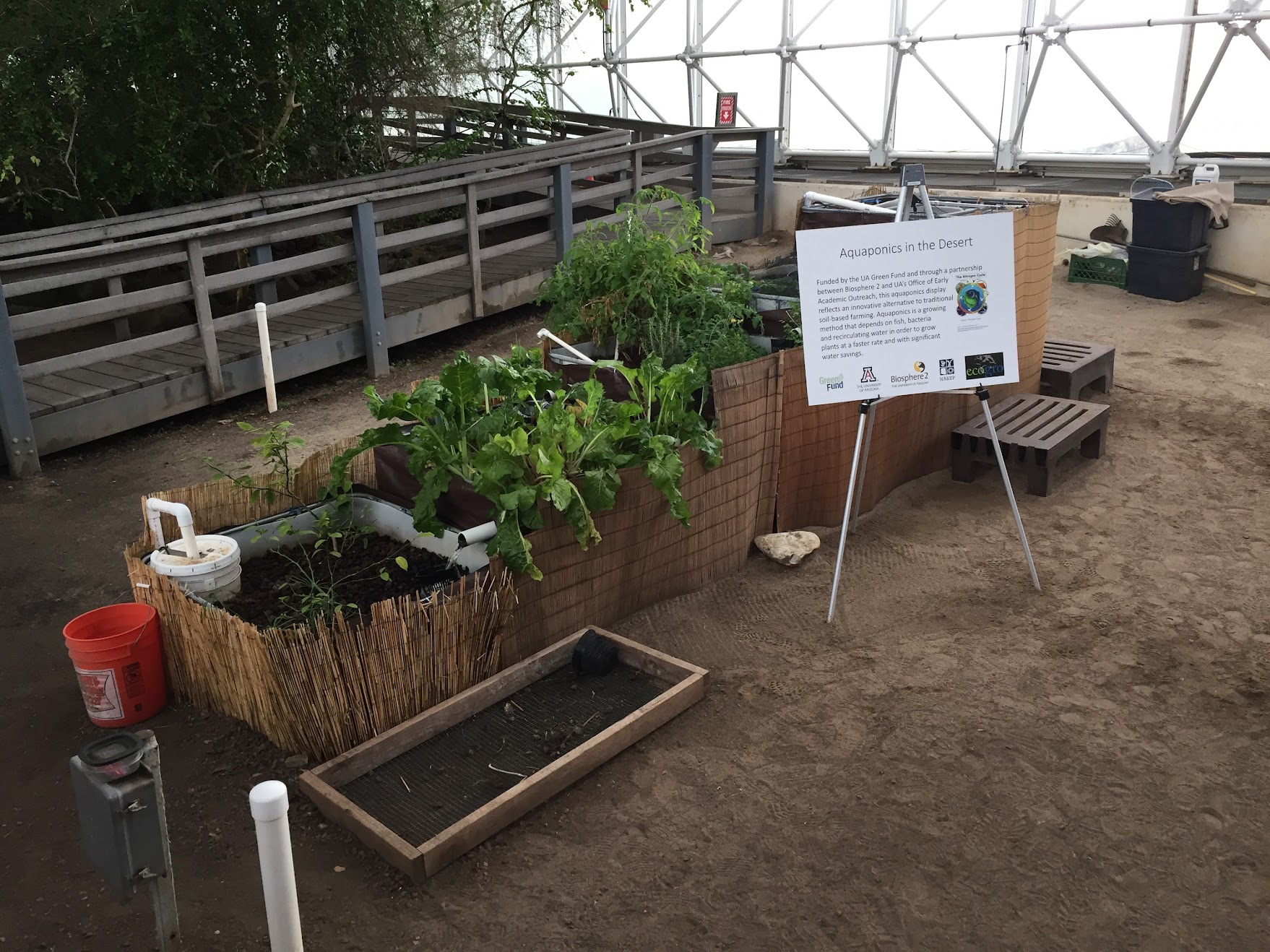 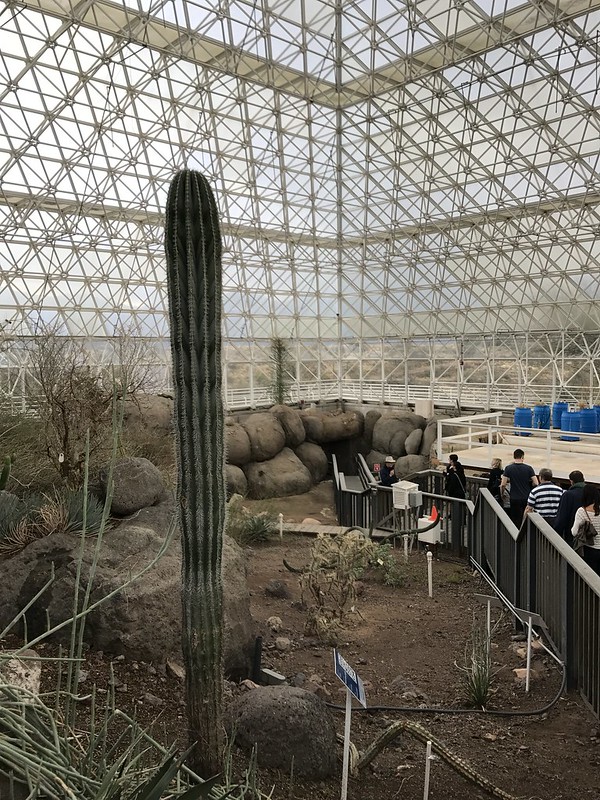 There’s also a human habitat zone inside Biosphere 2. The scientists had a communal kitchen and gathering area, and there were individual “apartments” for each team member. Every single meal they ate, for 2 years, was cooked from ingredients grown inside Biosphere 2! 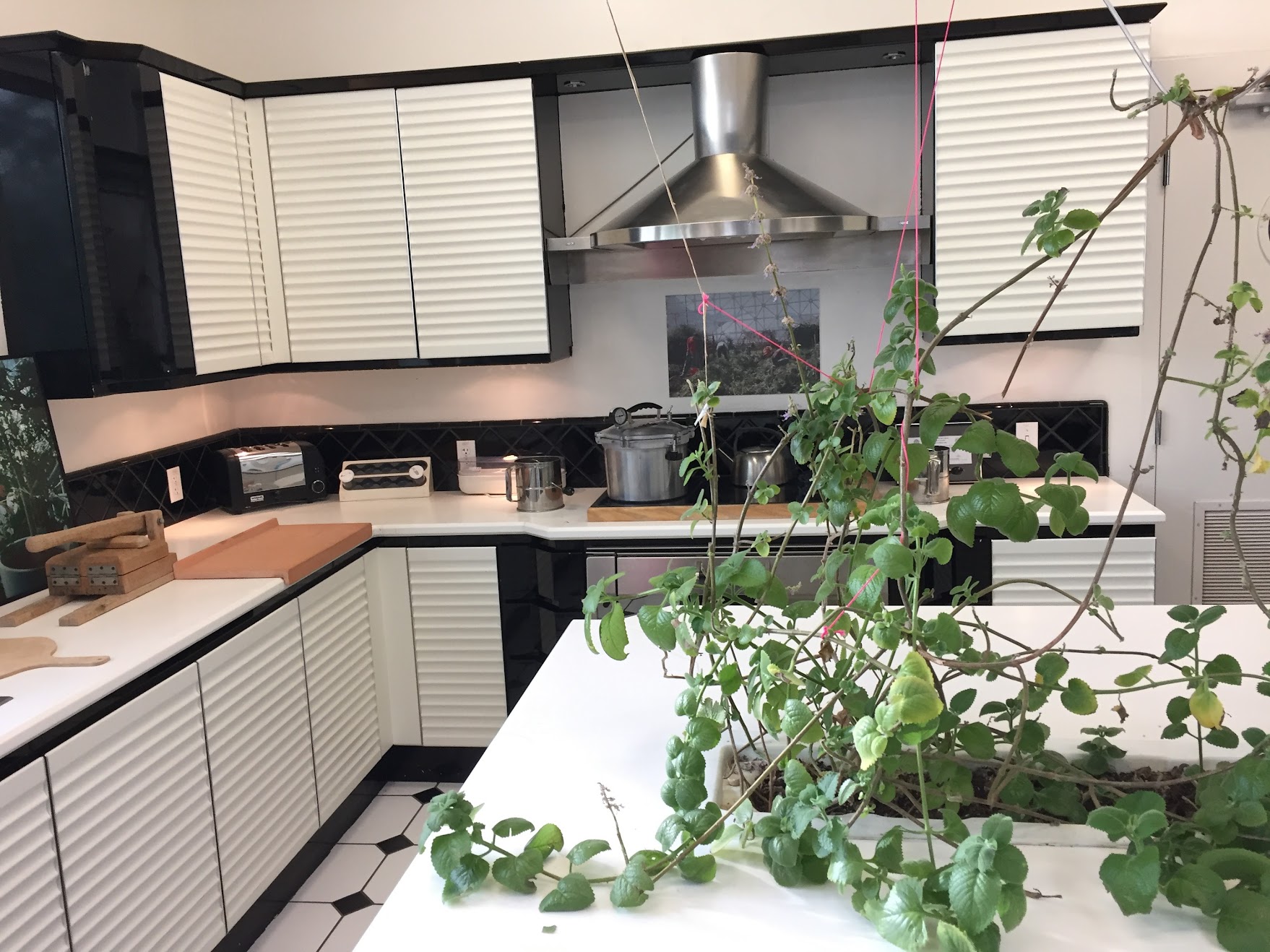 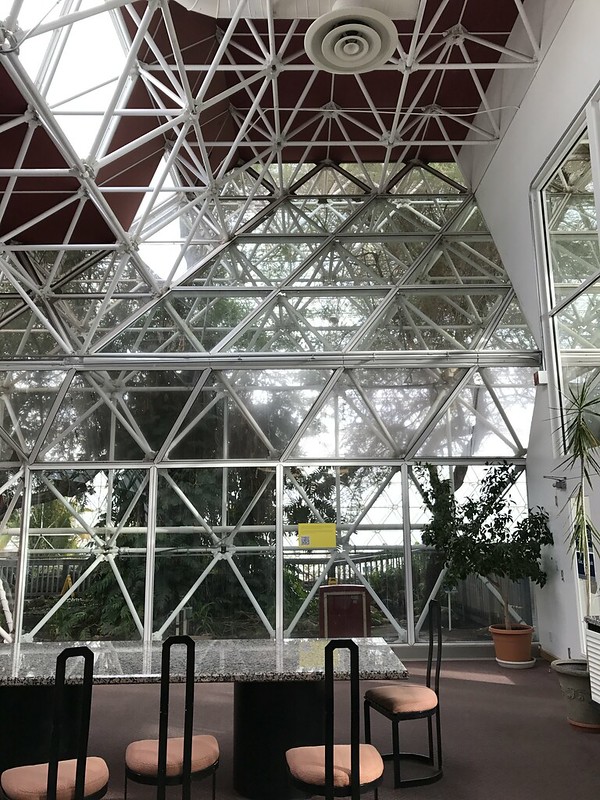 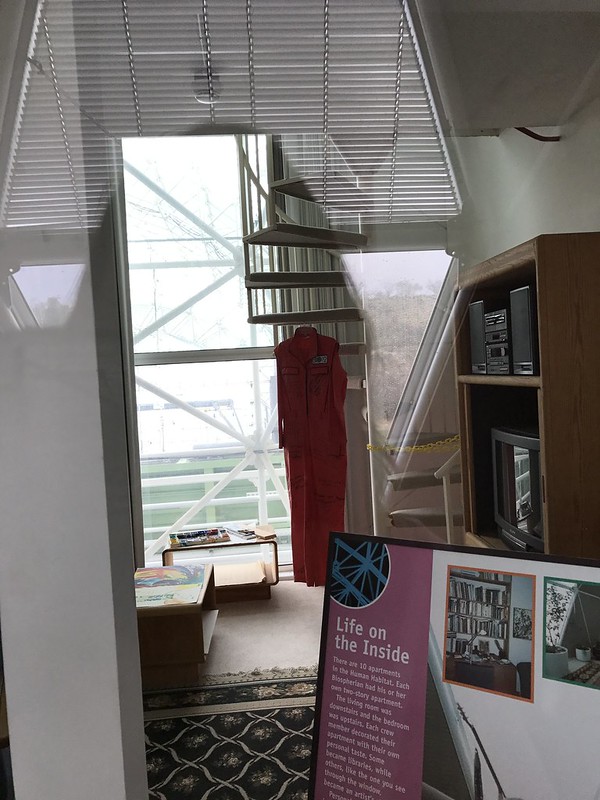 The tour took us underground to see the sprawling mechanical systems that kept Biosphere 2 running. It was a maze of pipes and machinery! Our tour guide took us down an air intake tunnel to see one of the “lungs.” The lungs helped regulate the pressure inside Biosphere 2 so that it wouldn’t implode, or explode, from the changing temperatures. 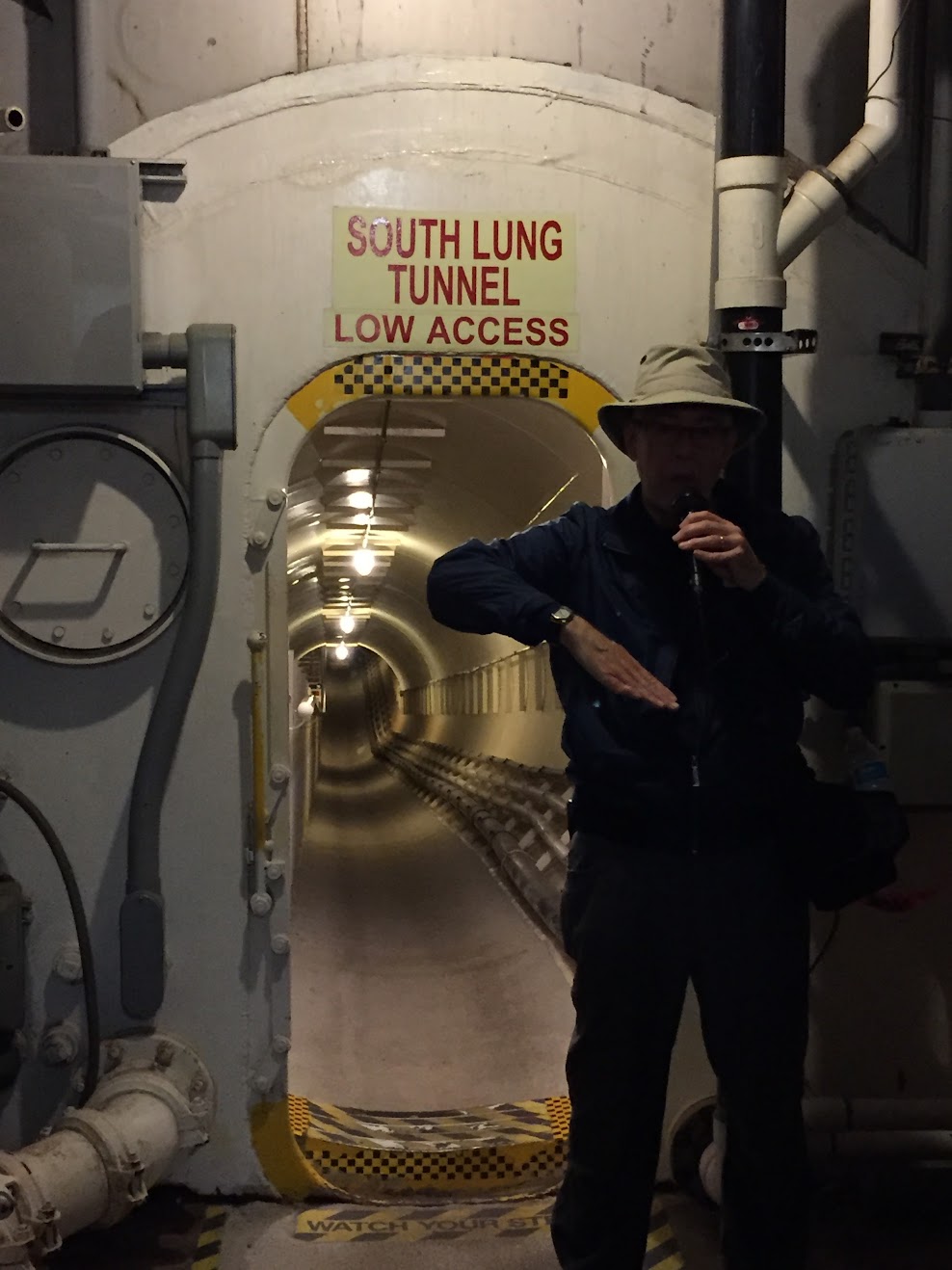 When Biosphere 2 was sealed, the ceilings of the lungs moved up and down according to the air pressure. In the photo below, those white metal poles hanging from the top were sometimes sitting on the ground. 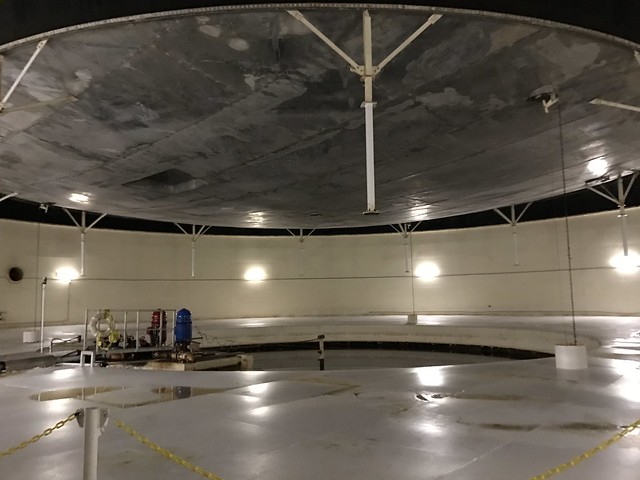 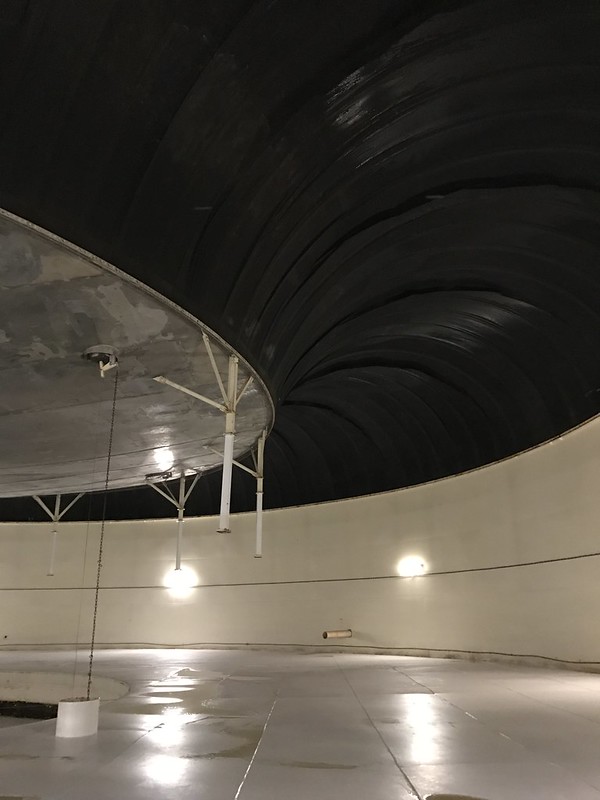 This tour was really fun. If you’re interested in earth science, or engineering, it’s definitely worth a visit. And if you’ve been wondering, “where is Biosphere 1?” Guess what?! It’s Earth! You’re living in it!

While visiting Tucson, we spent a few hours walking around the desert trails and gardens of Tohono Chul Park. 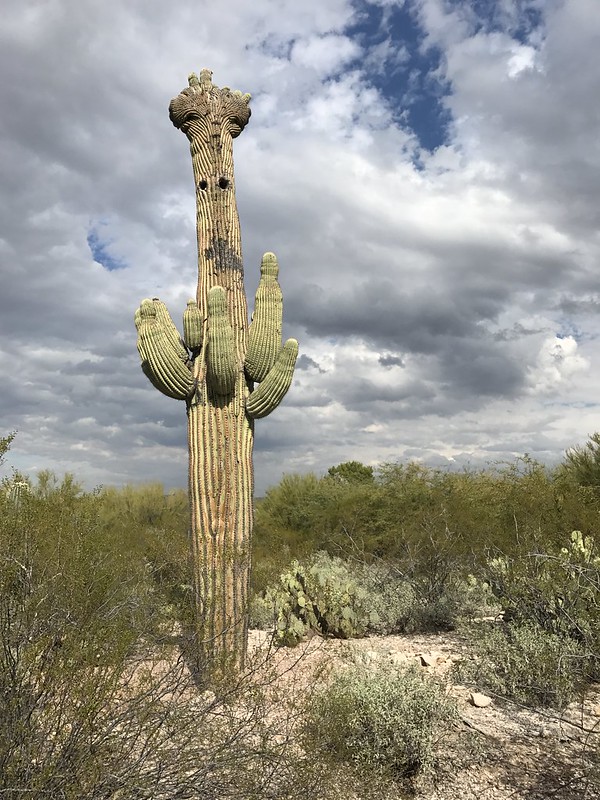 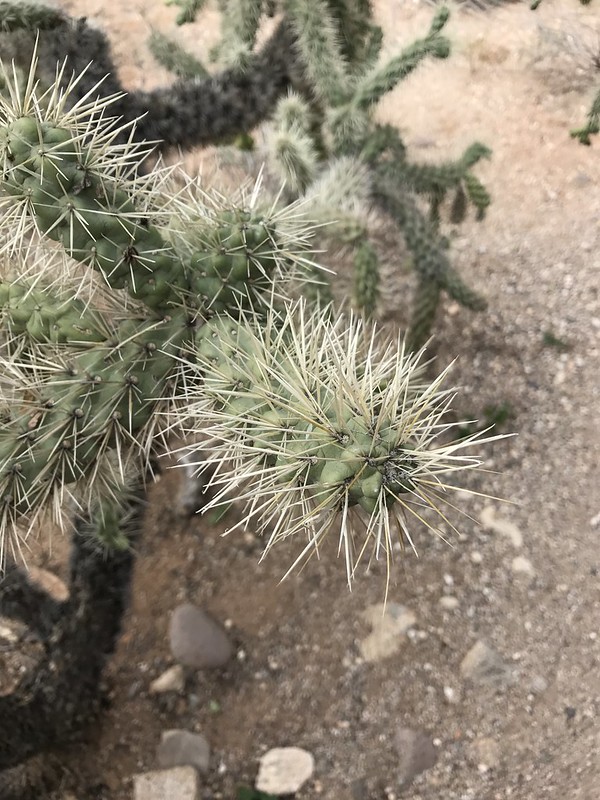 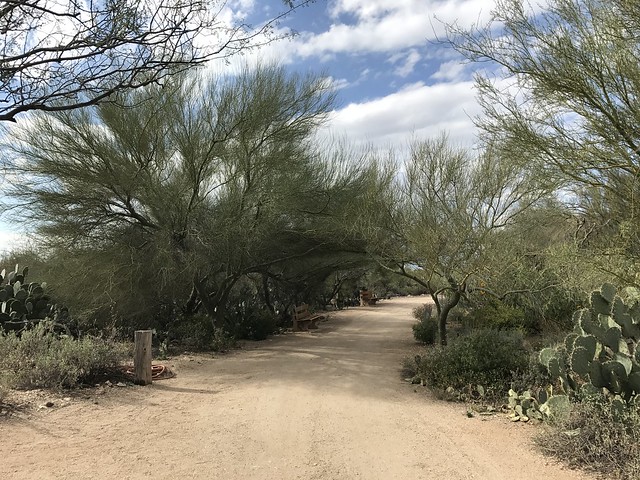 What’s neat about this park is their theme of nature, art, and culture. In addition to several walking trails, there are sculptures on the grounds and an art gallery. Signs along the trails taught us about the Tohono O’odham people and the Sonoran Desert. 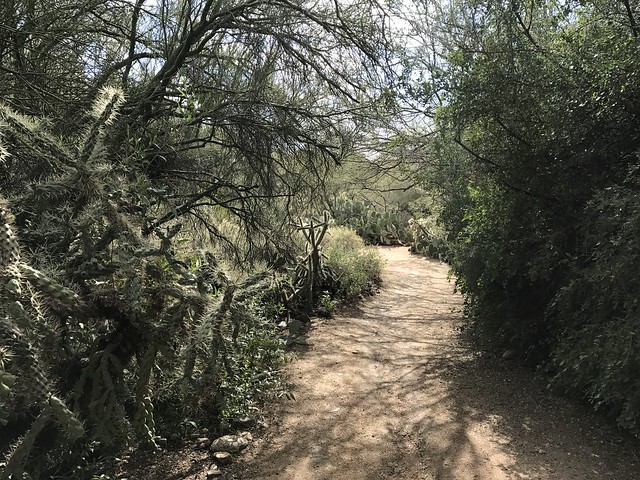 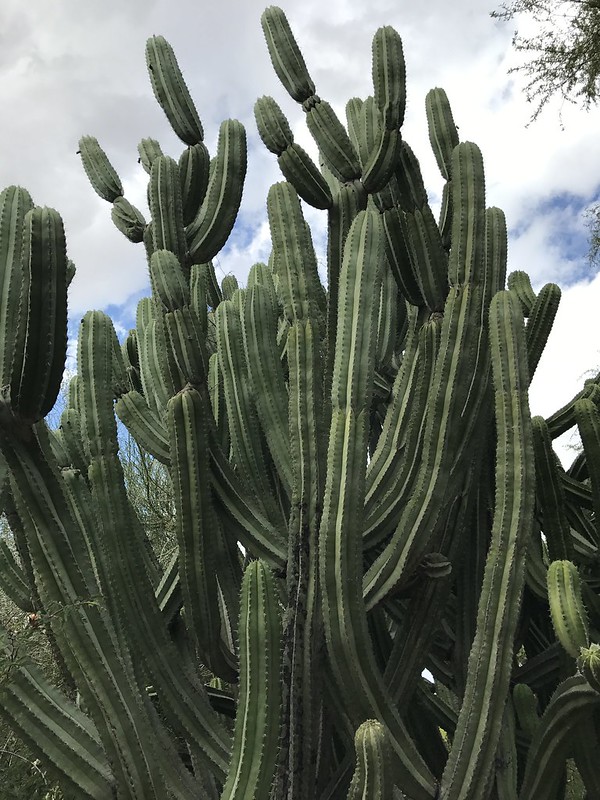 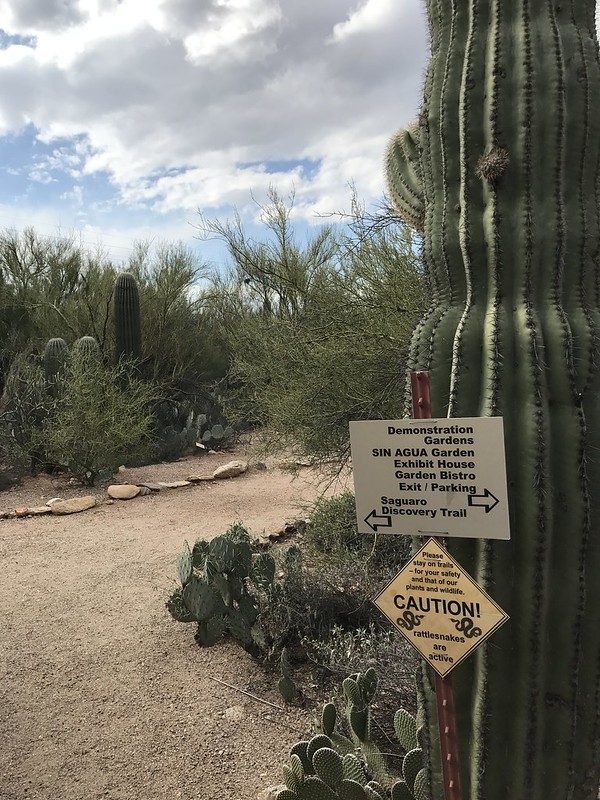 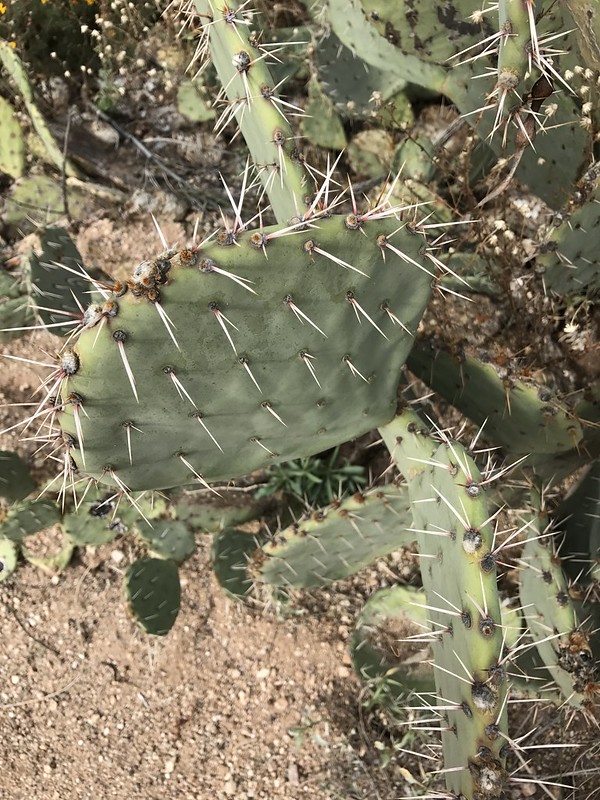 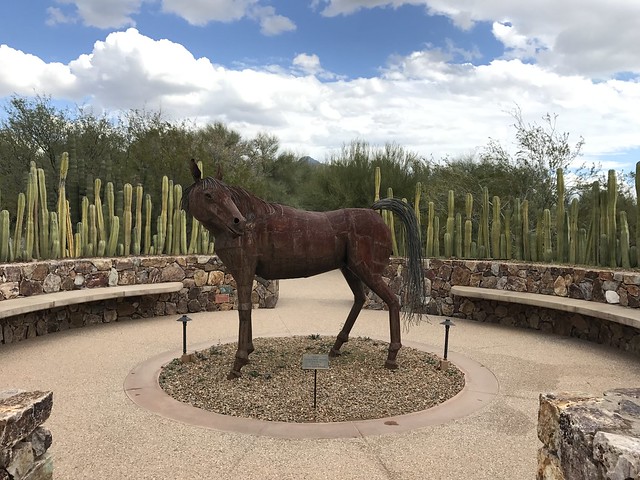 Red Butte Garden and Arboretum has more than 100 acres of botanical gardens, and miles of hiking trails in the surround foothills. There’s a fragrance garden, an herb garden, a rose garden, a magical children’s garden, etc, etc, — it’s a beautiful place to spend the afternoon. 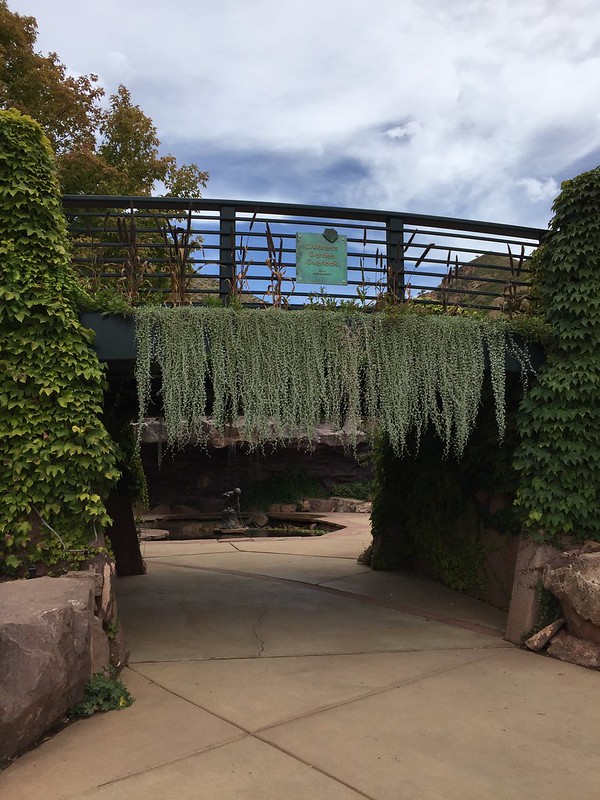 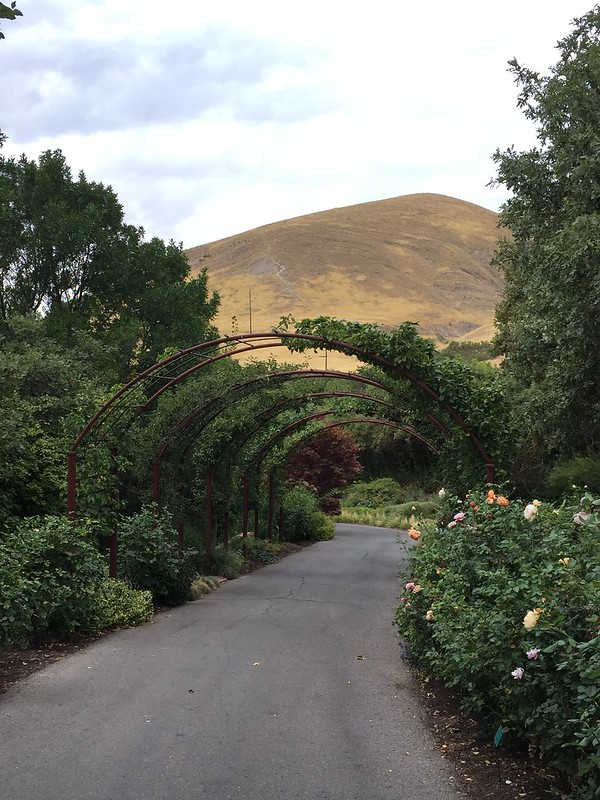 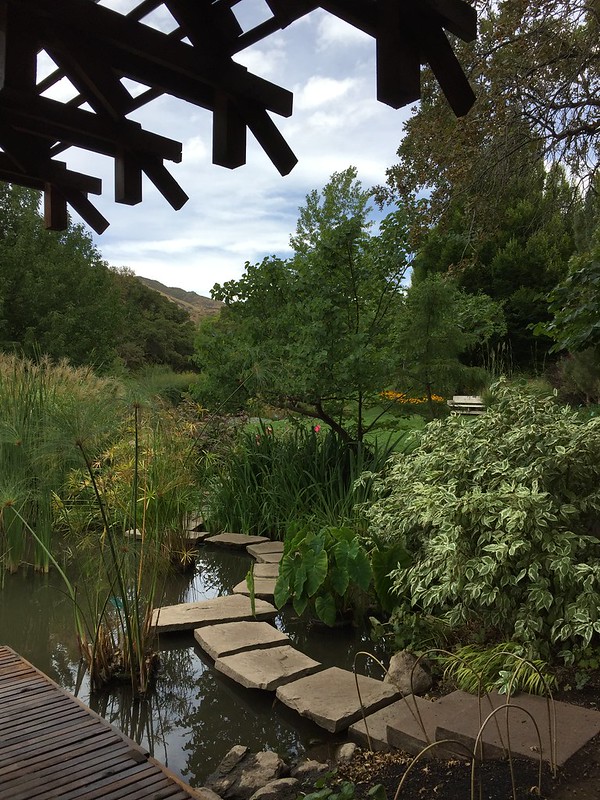 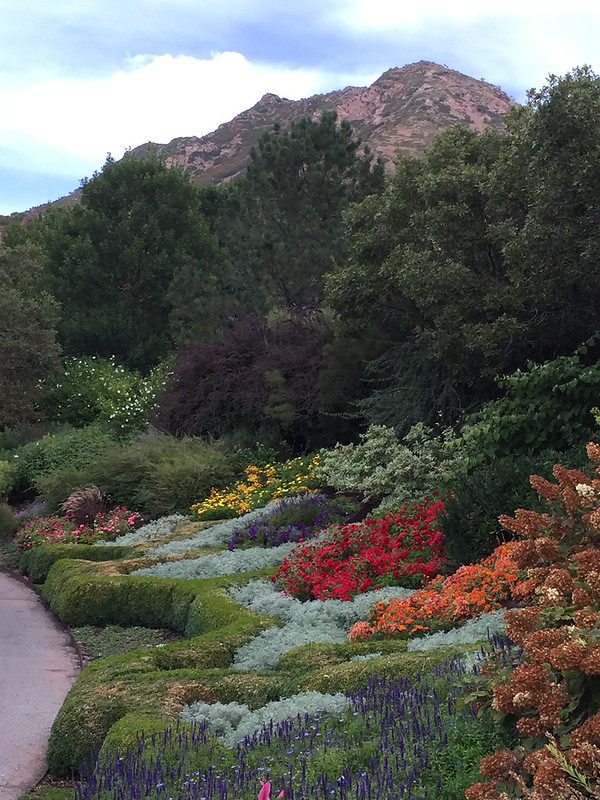 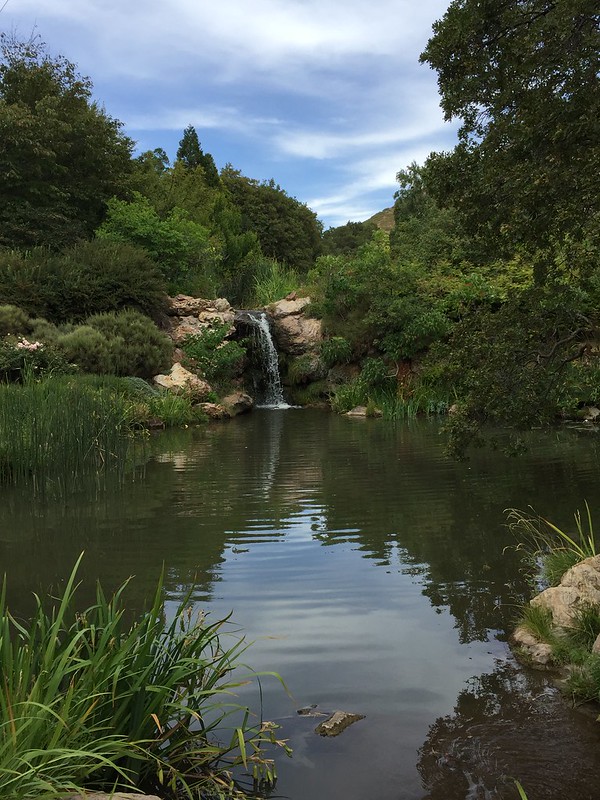 Beyond the landscaped paths and gardens, hiking trails wind through Red Butte Canyon. Although it was overcast, we had great views of Salt Lake City from the canyon overlook, at an elevation of about 5400′. What started as a dry and rocky hike became green and woodsy as we came down along the creek. I loved the oak tunnel we walked through at the end of the hike. 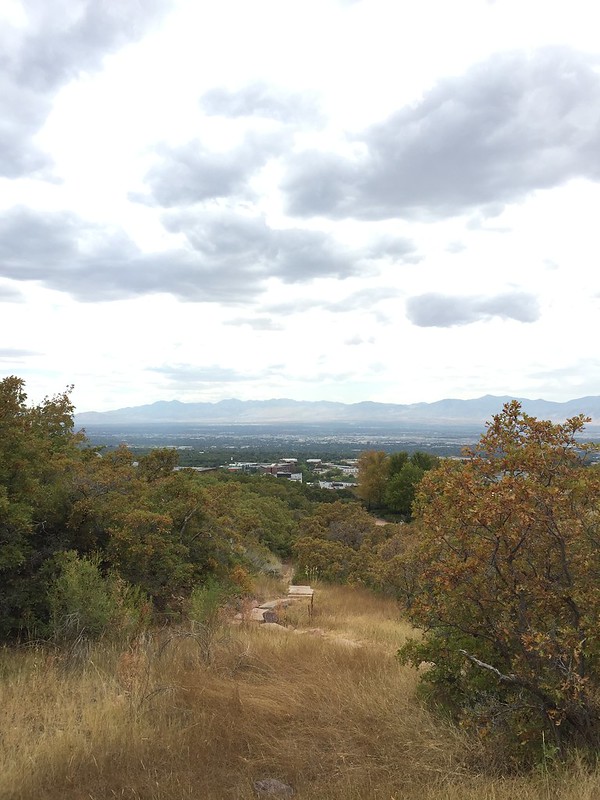 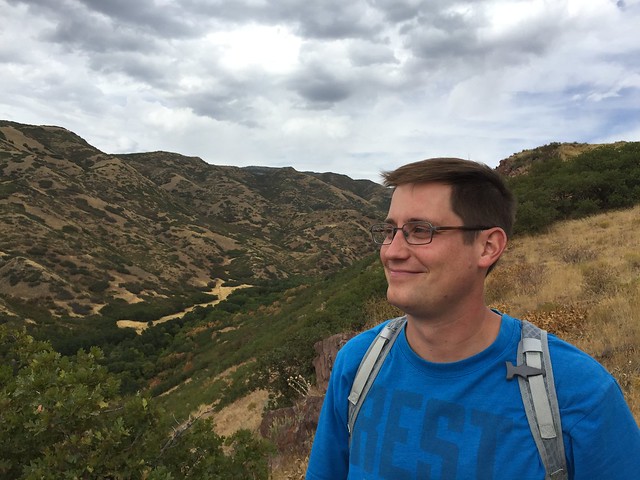 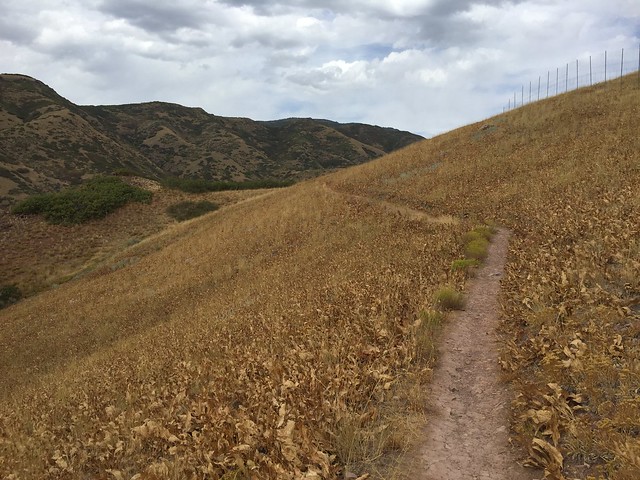 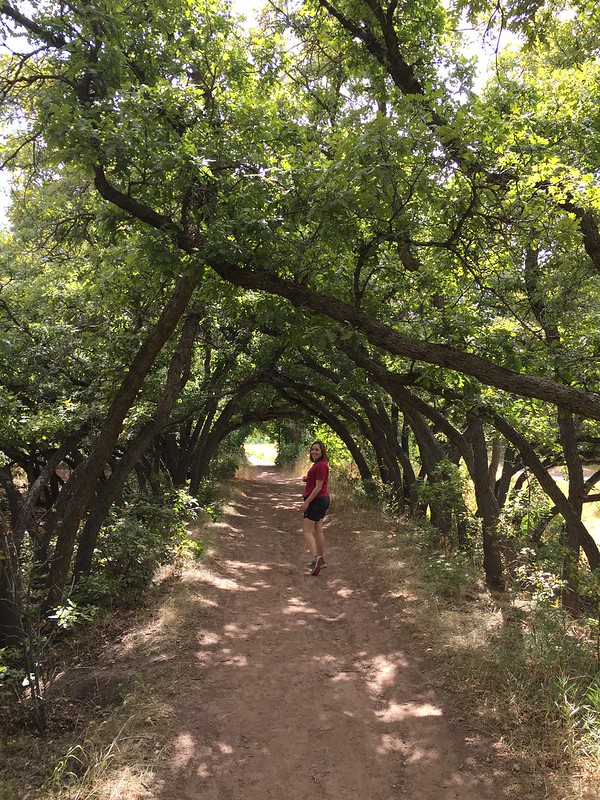