A few weekends ago we drove from Austin, Texas, to Nashville, Tennessee, and stopped in Memphis for the afternoon.

I’m sure the first thing you think of when you hear Memphis is not “wilderness sporting goods store.” But! When driving to the city from Arkansas, the first thing we noticed across the river was a gigantic pyramid! Then we spotted the Bass Pro Shop logo, and thought maybe they were a sponsor. It turns out the entire pyramid is a store and hotel! The inside looks like a bayou, complete with fishing boats on a river. It’s also home to the “nation’s tallest freestanding glass elevator,” which takes you up to a glass floor observation deck around the top of the pyramid. The skies were overcast, but we had a nice view of the river and downtown Memphis. 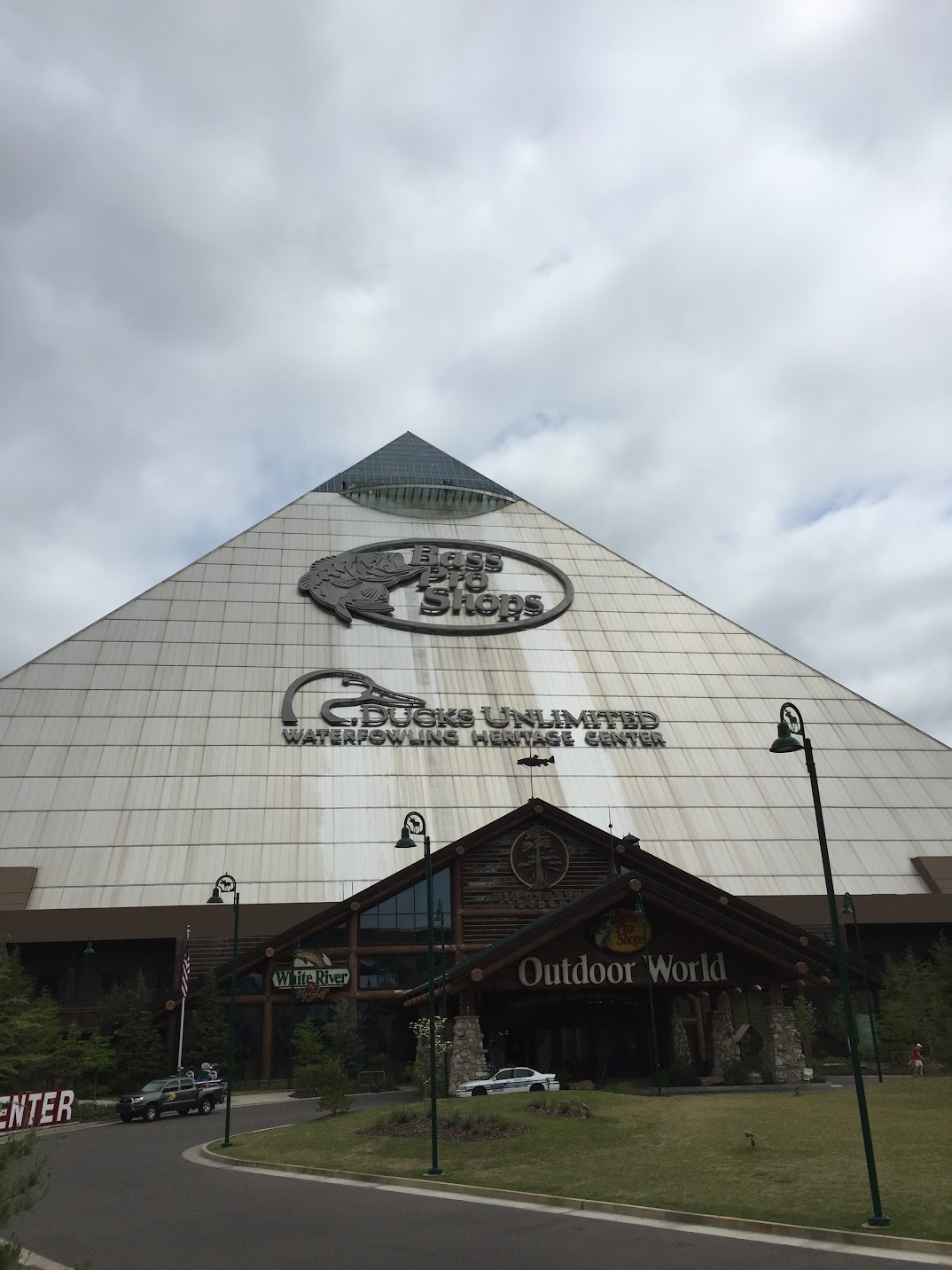 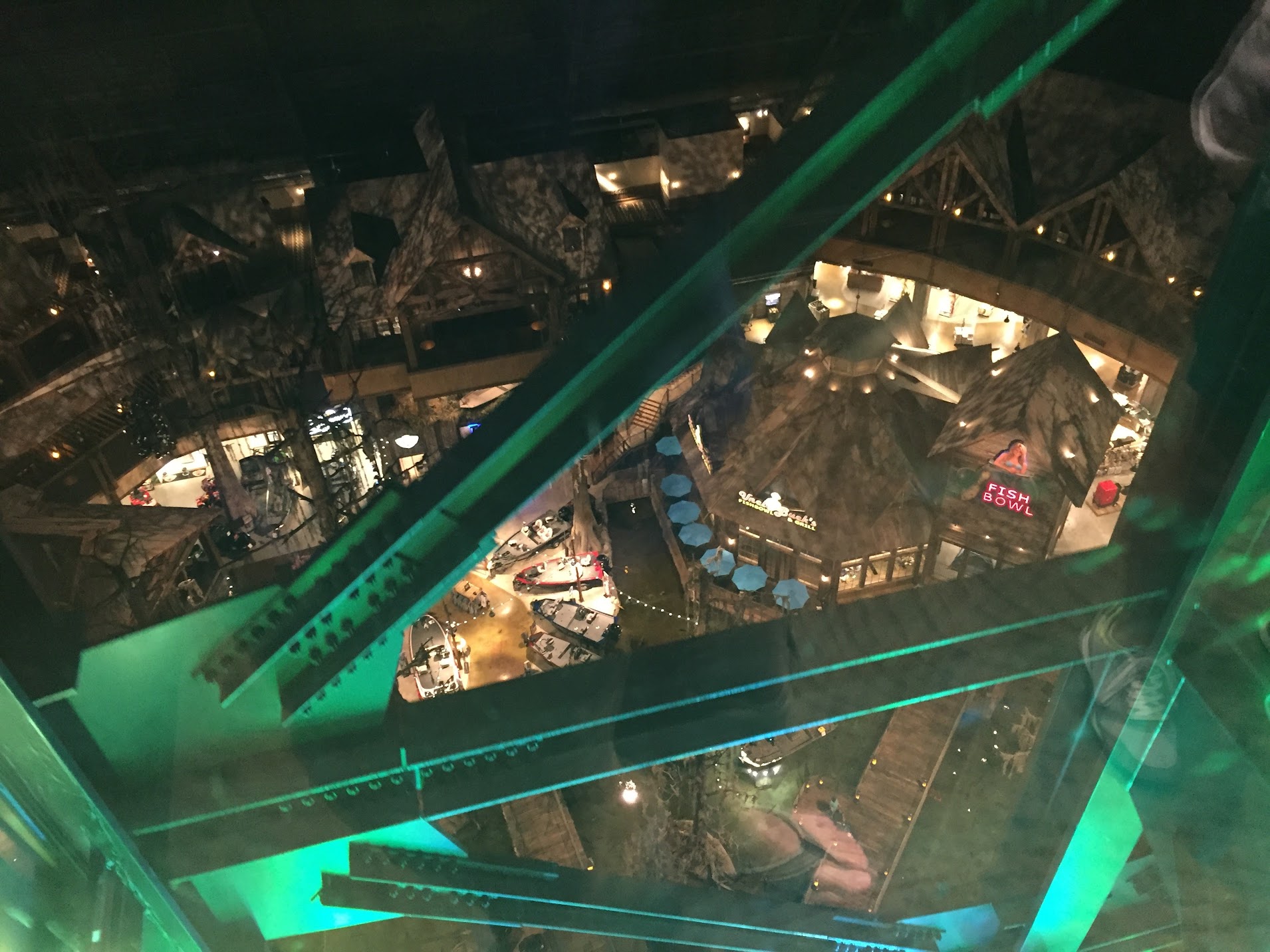 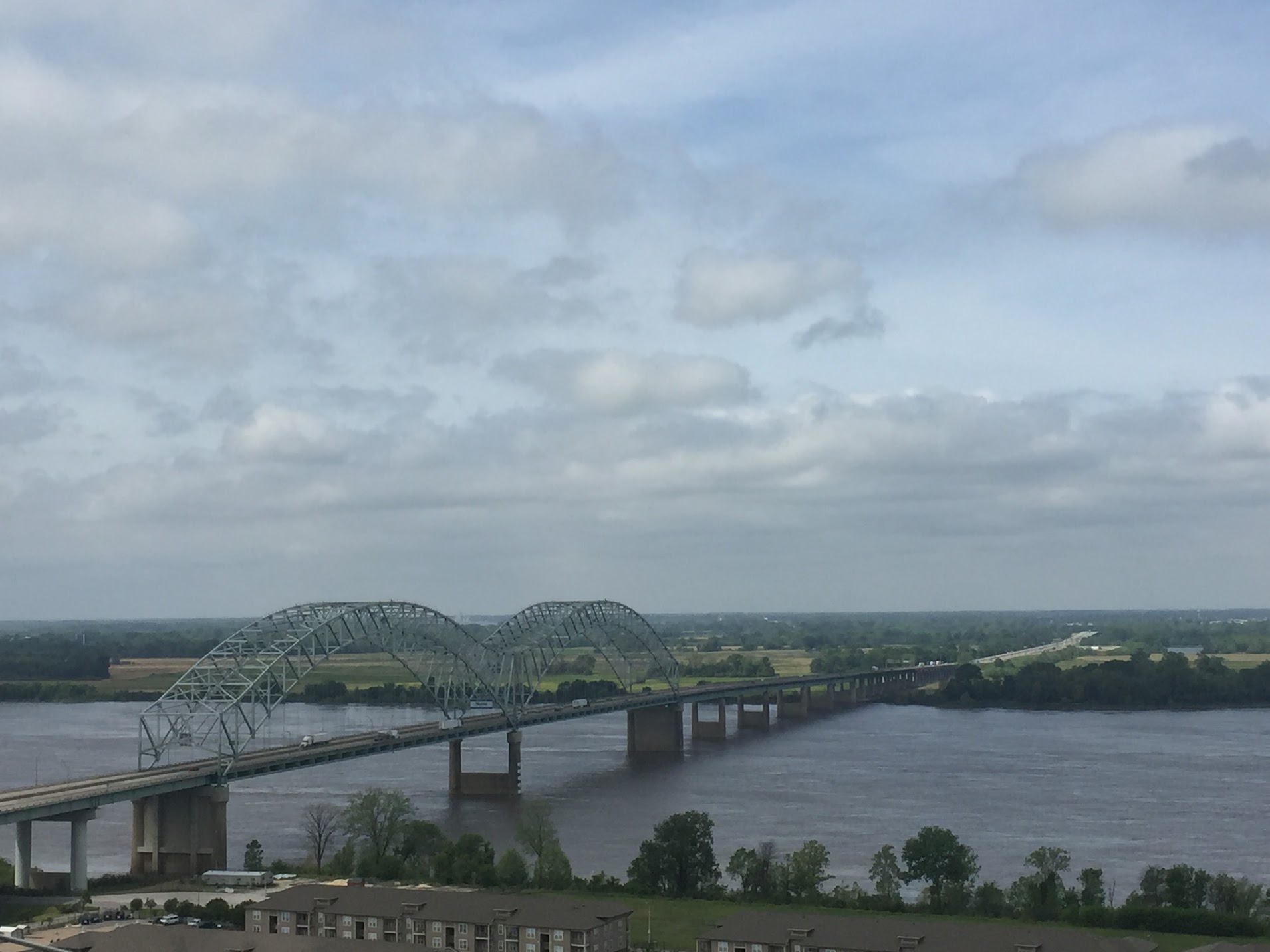 Ok, now we can get to the hotspots: How about Beale Street, Sun Studio, and Graceland? We hit ’em all! First up was Beale Street for lunch, and yes, the BBQ is as good as the rumors (from my mom and dad, who gave us very specific instructions to find the Elvis statue and then eat at the restaurant diagonally across the street). 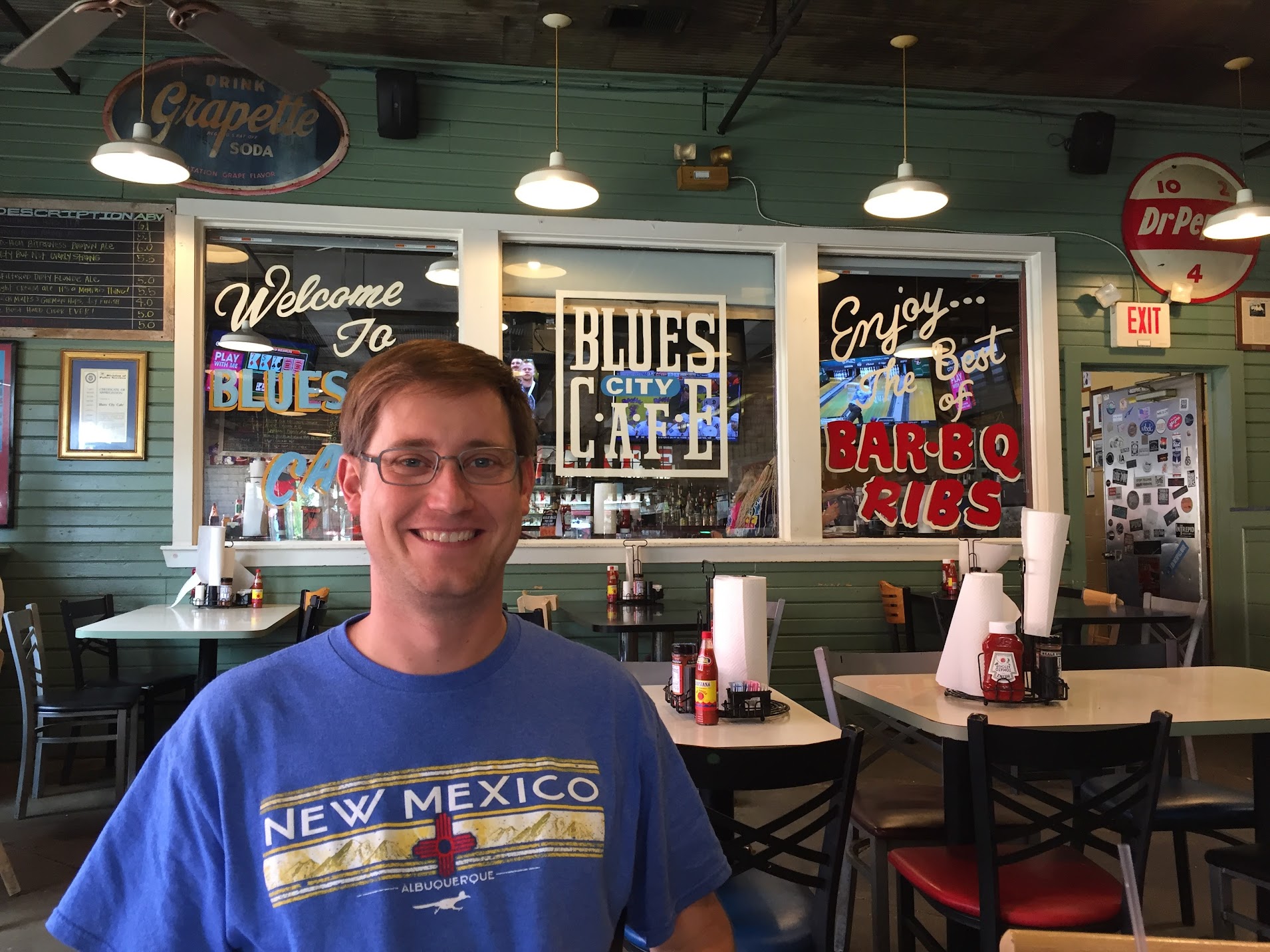 Next was a tour at Sun Studio, which includes a visit to the jam-packed exhibit room and the recording studio. It’s a small place, but the guide was enthusiastic and told great stories about the records made there. 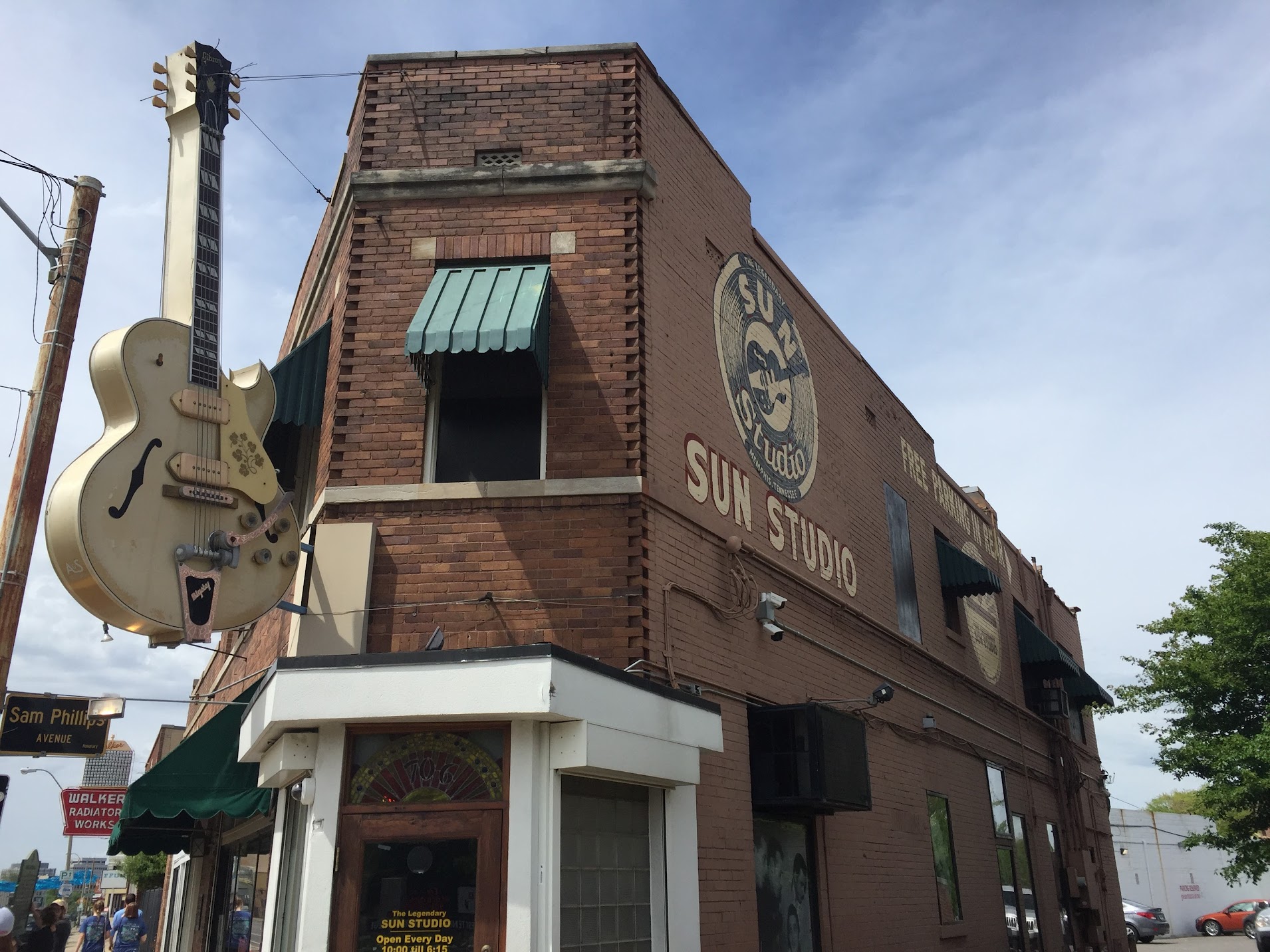 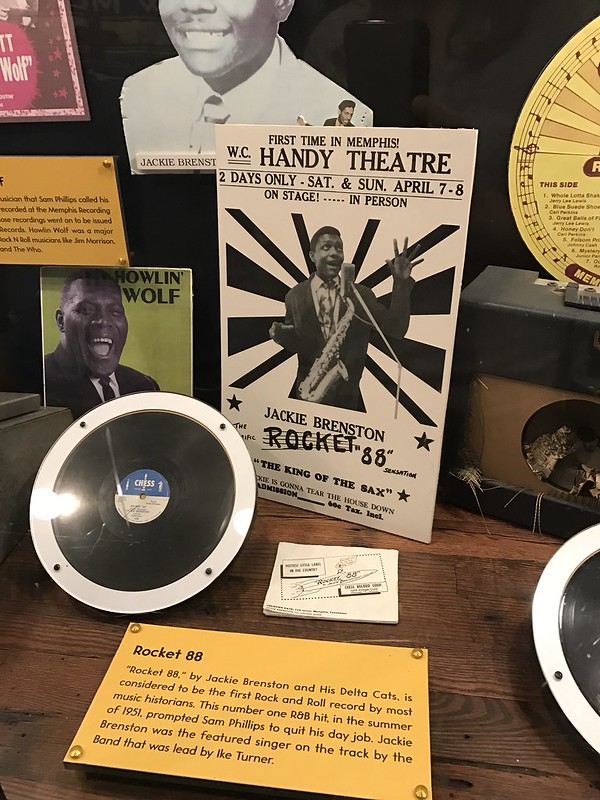 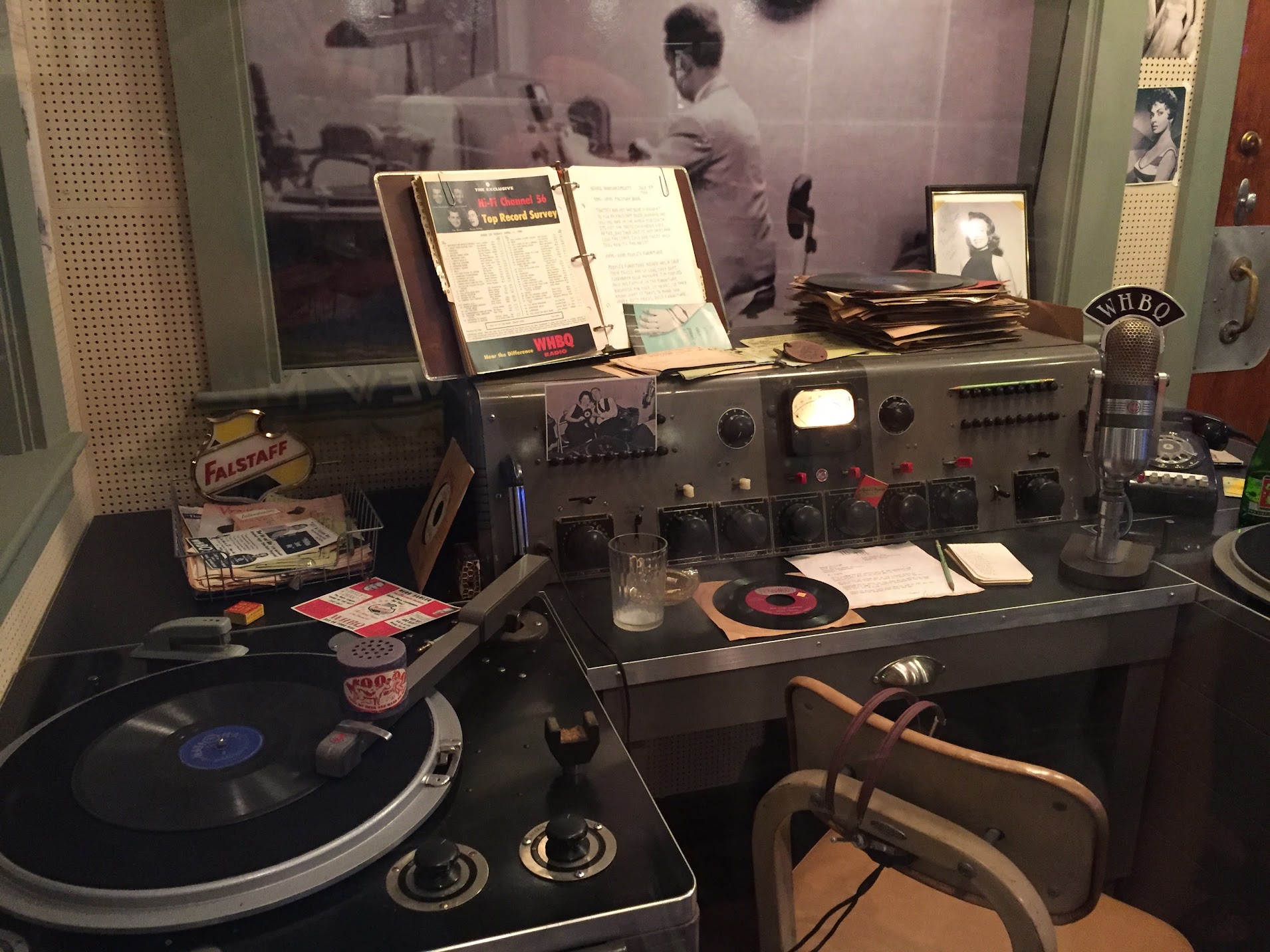 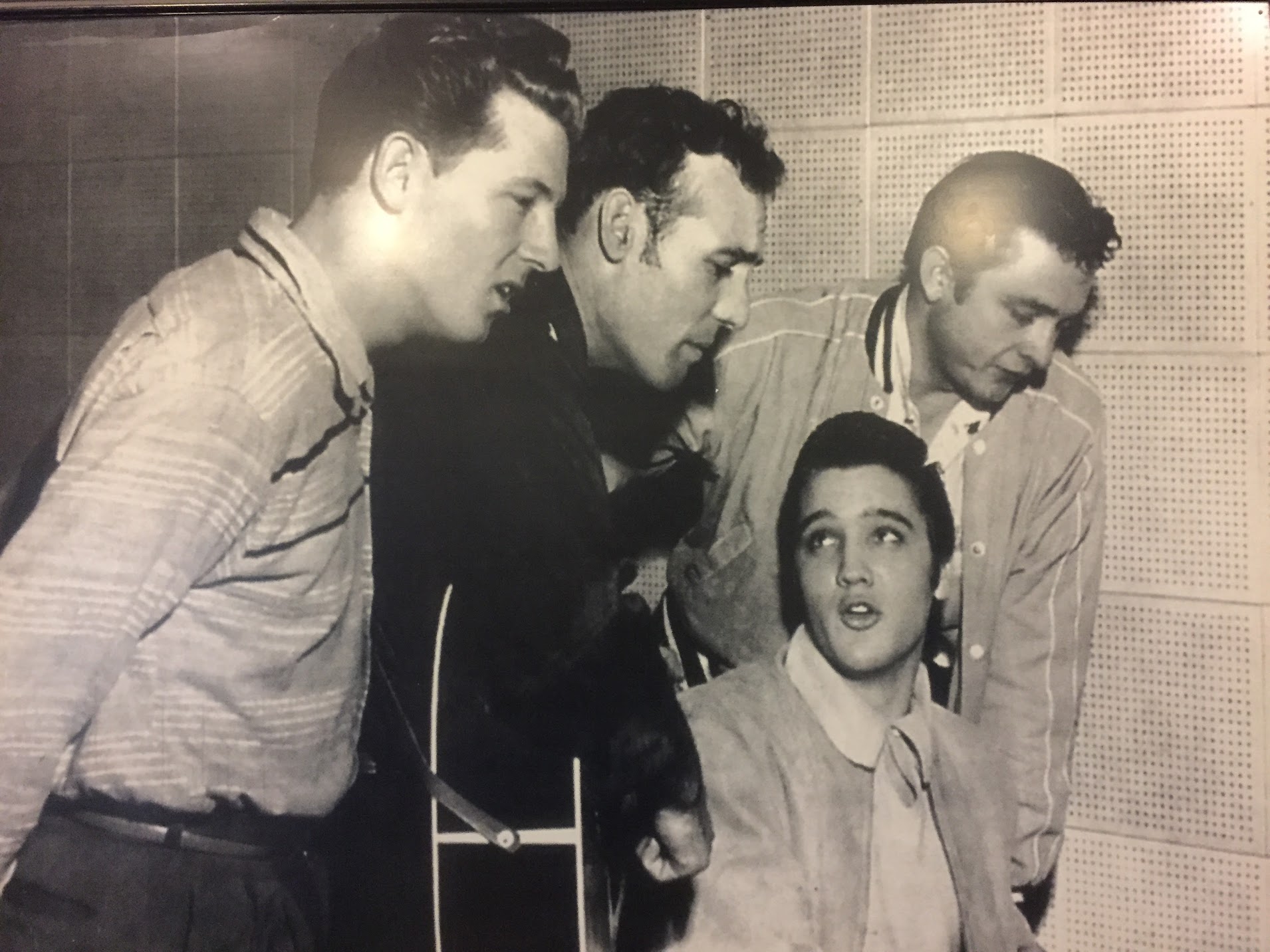 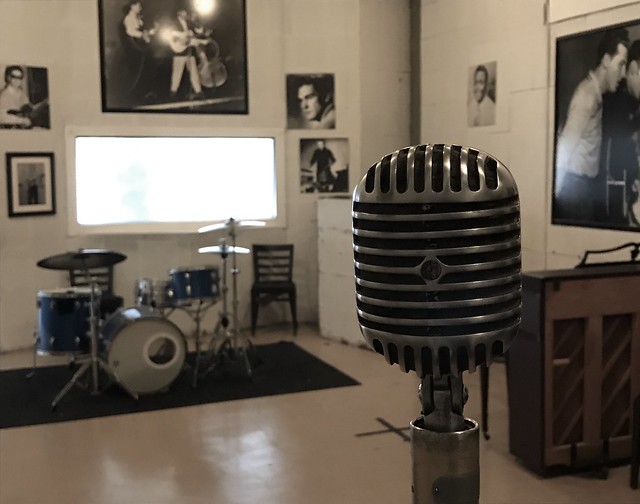 We then headed over to Graceland to continue our music history lesson. There’s much more to see there than I expected. Besides the house tour, there are 2 airplanes and a museum with cars, clothing, and other memorabilia. (And pricey ticket packages for each.) We chose the house tour, which begins with a short movie at the welcome center. From the outside, the house looks like a normal, southern home, but the inside is extravagant, to say the least. iPads with self-guided audio tours take you through the rooms and other buildings and tell you about Elvis’ career and family history. Fun fact: Elvis learned that LBJ had 3 tv’s (one each for the major networks), so he had 3 installed in his entertainment room. 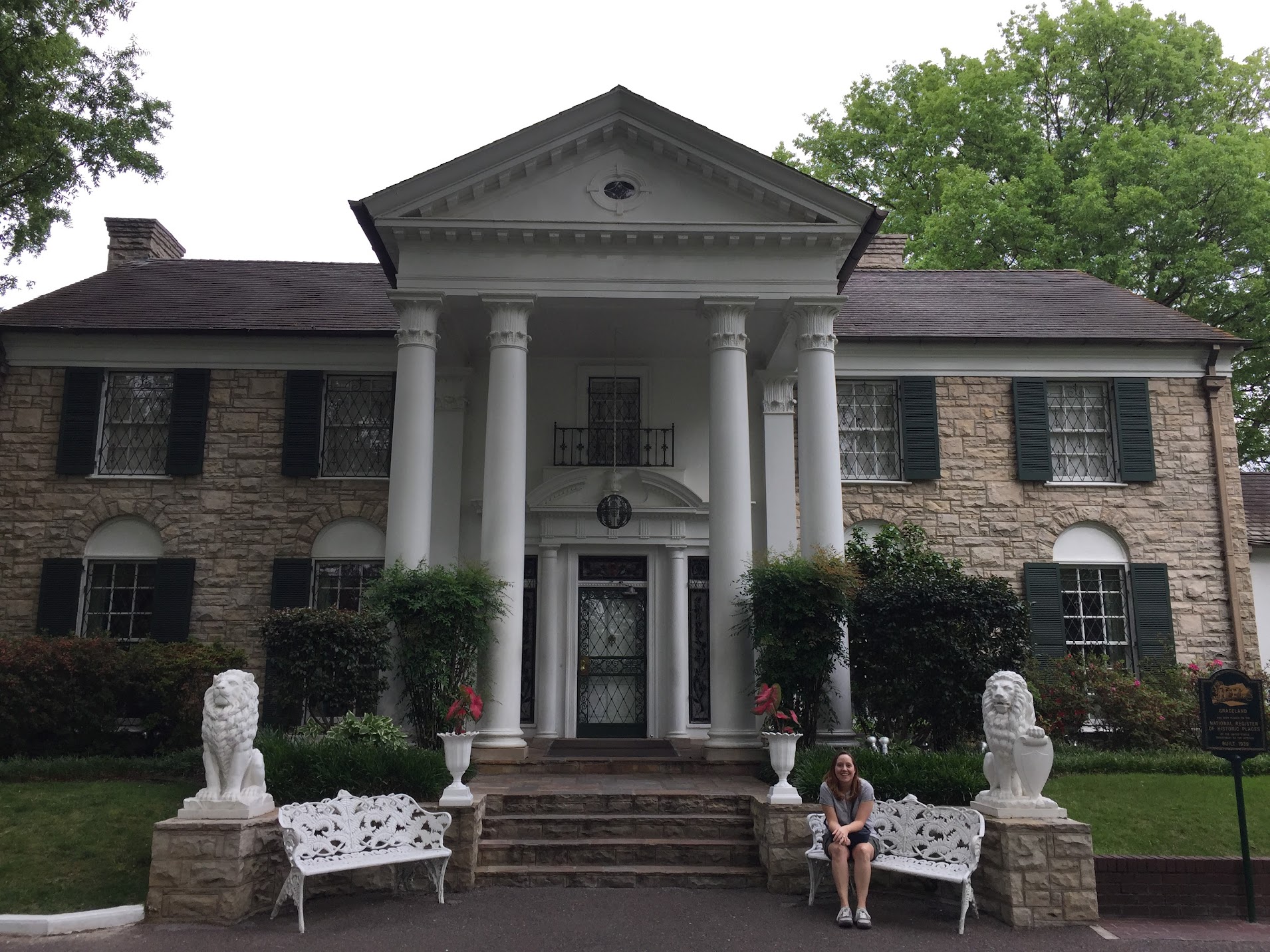 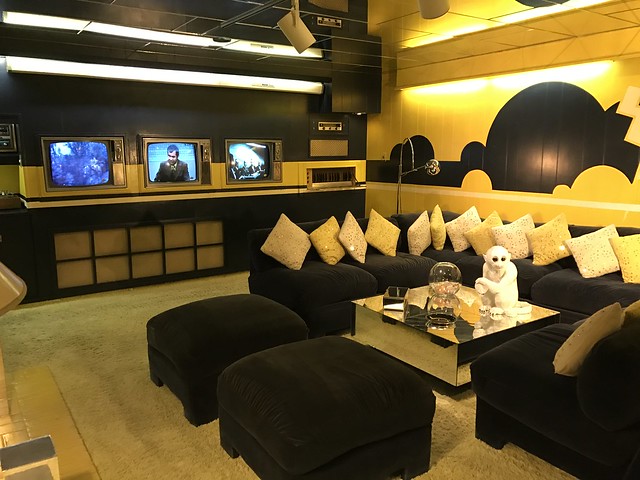 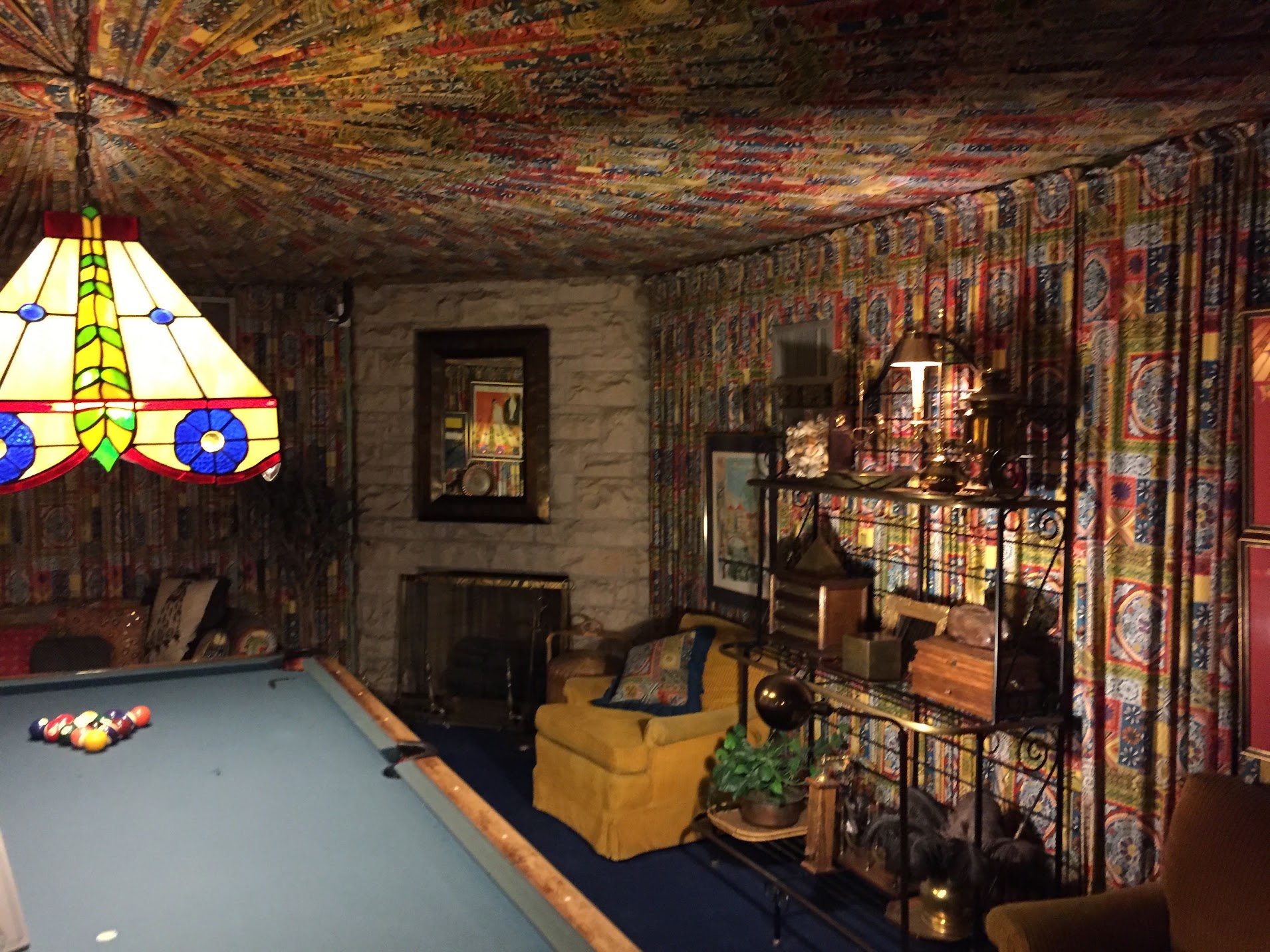 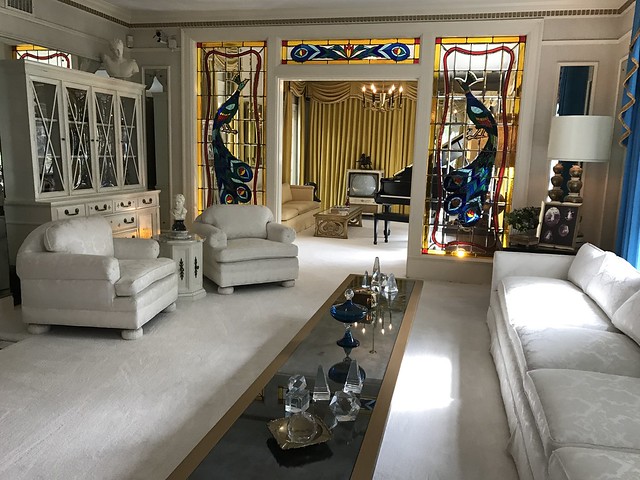 Thanks for reading! Or I suppose I should say, “Thank you. Thank you very much.”