Amanda — we went bird watching! I have no idea what we saw. I just remember one lady was very excited about some kiskadees. We intended to see some whooping cranes, since it was the Whooping Crane Festival after all, but we didn’t have any luck. We did end up on a meandering adventure around Port Aransas that took us to the Leonabelle Turnbull Birding Center, Port Aransas South Jetty, Port Aransas Nature Preserve, and the Joan and Scott Holt Paradise Pond. 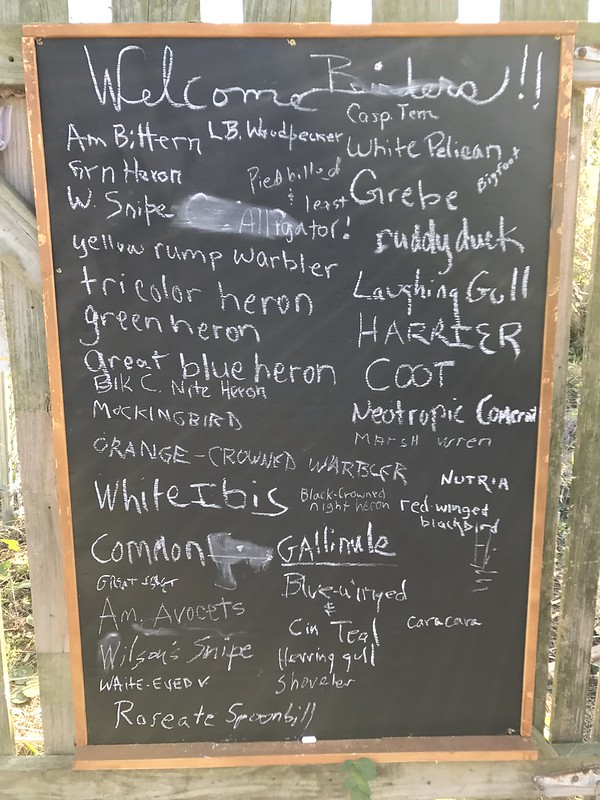 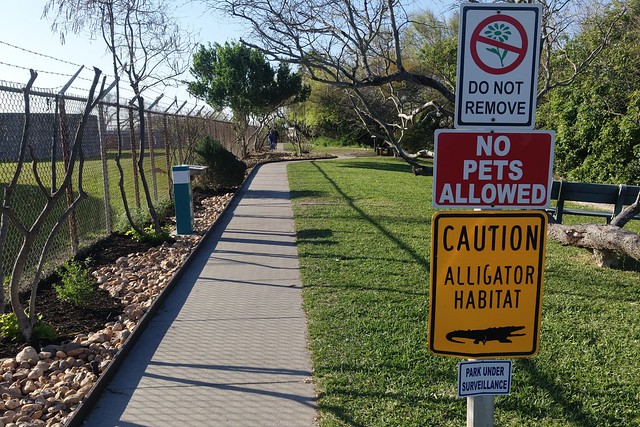 Me, backing away toward car: Uh…that signs says there’s alligators. Maybe we shouldn’t go. We probably shouldn’t go down there.
Kenan: It’s fine. Other people are on the trail. There probably aren’t any alligators anyways.
Two minutes later (right under the boardwalk!)… 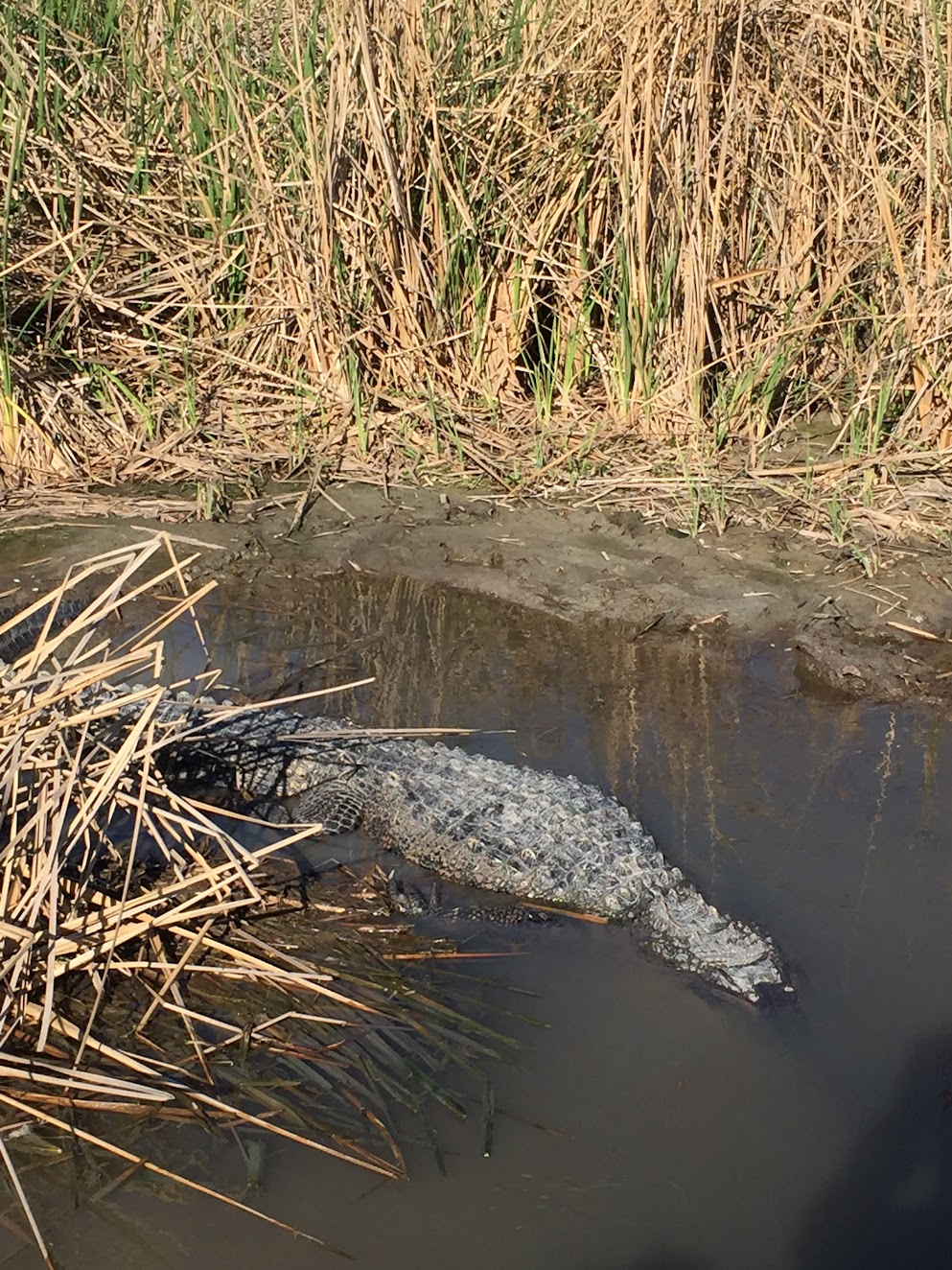 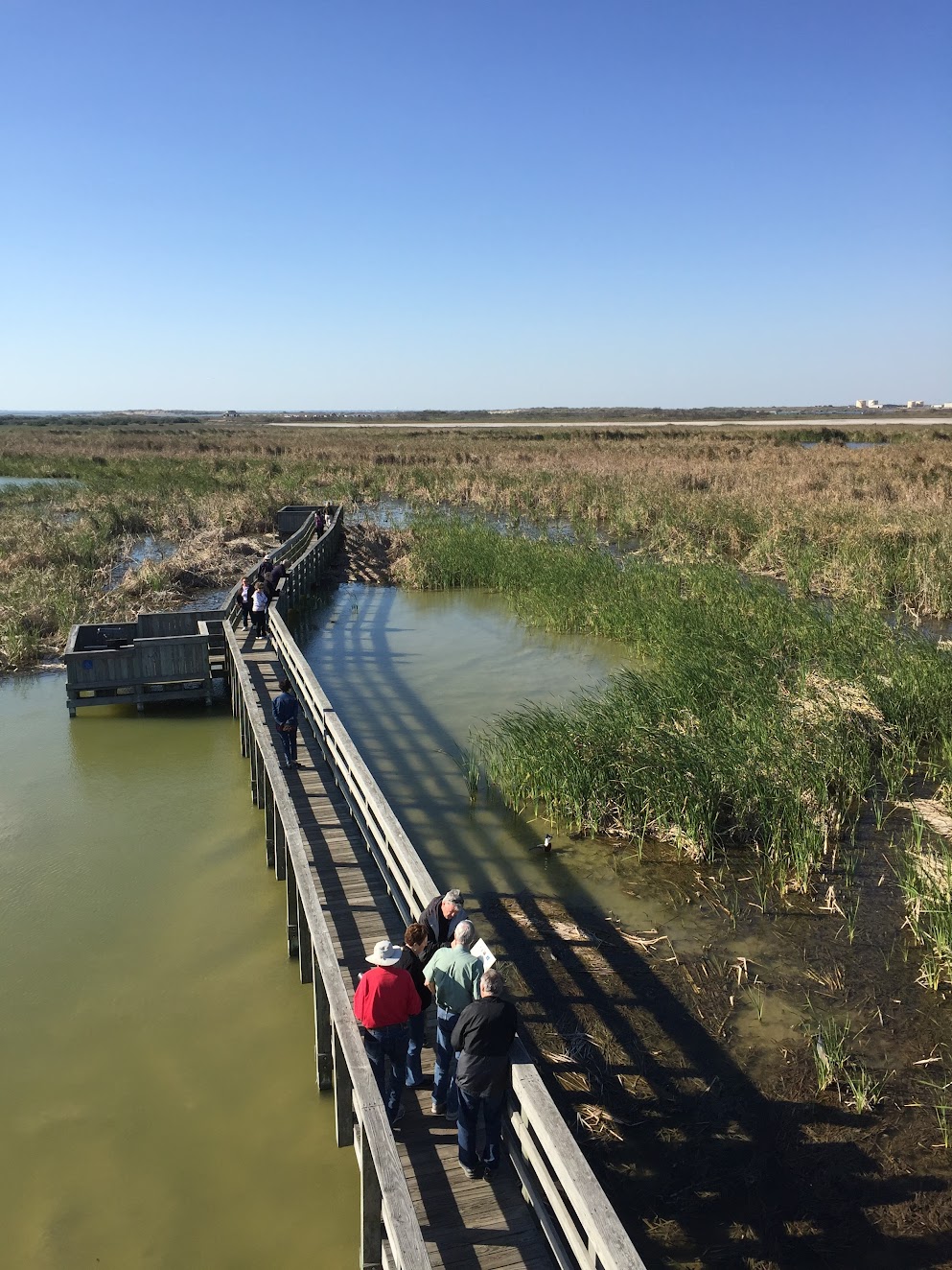 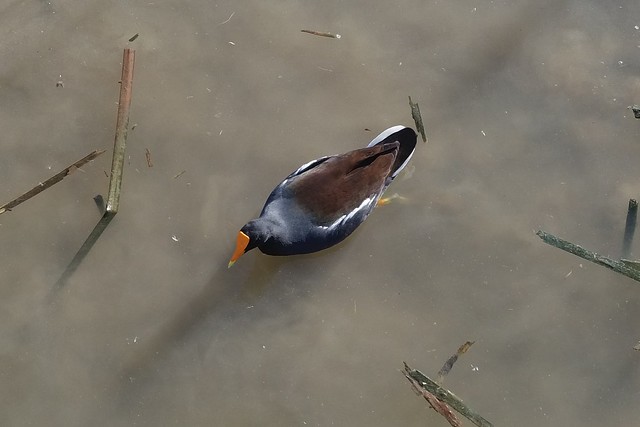 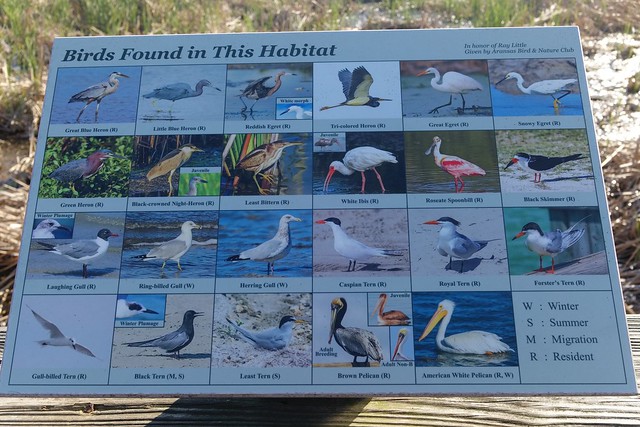 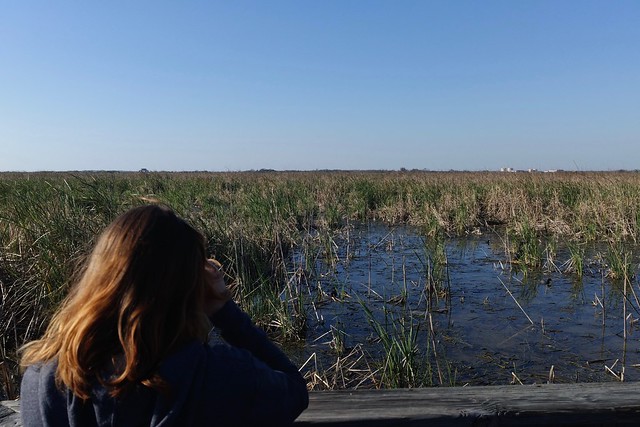 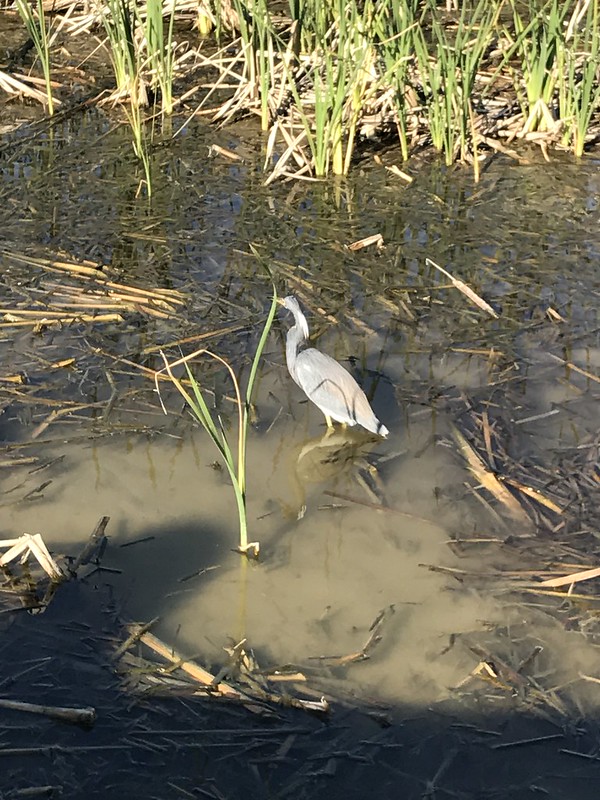