…the gold medal in sightseeing! Bazinga! This weekend, the Utah Olympic Oval, headquarters of the U.S. Olympic Speedskating Team, hosted the 2016 Long Track Desert Classic. So we got to watch some super fast speedskaters have a go on the “Fastest Ice on Earth.” The world record for the men’s 1000 meter was set on this track in 2009 — 1:06.42. (That’s just over one minute!) We watched Saturday’s winner, an athlete from Korea, finish with a time of 1:11.90! 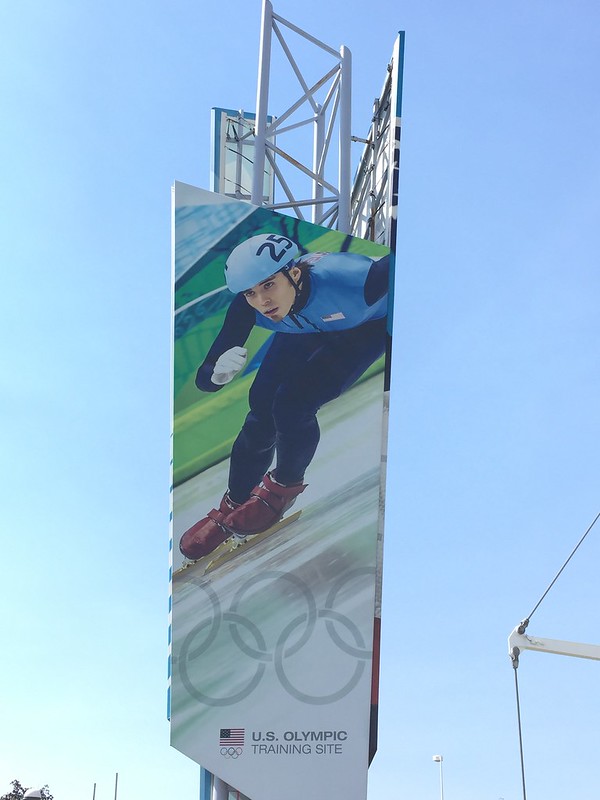 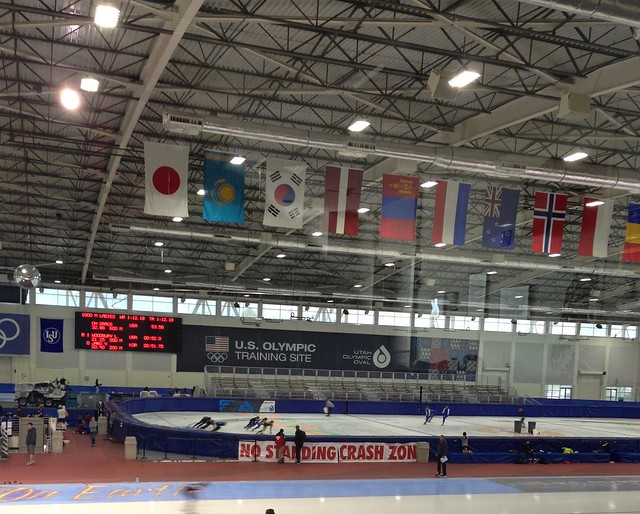 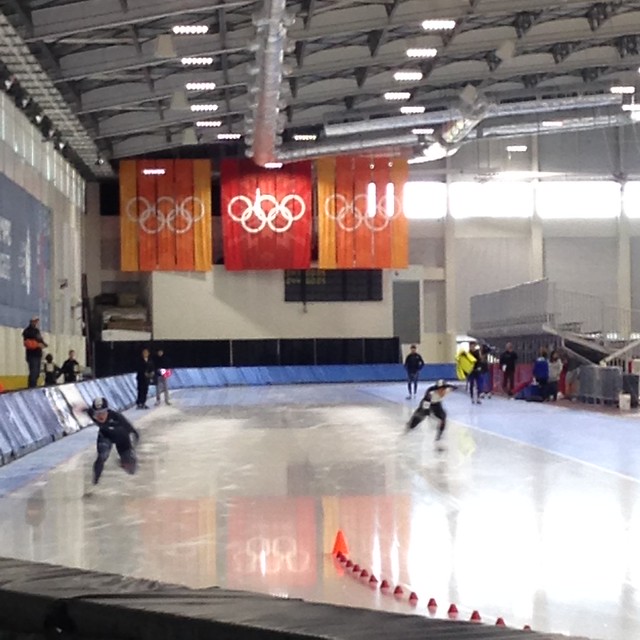 For our next trick, we visited Park City, home of the US Ski Team and the Sundance Film Festival. (No Robert Redford sightings!) This weekend was the Park Silly Sunday Market, so a huge portion of Main Street was closed off to traffic and packed with food and craft booths. 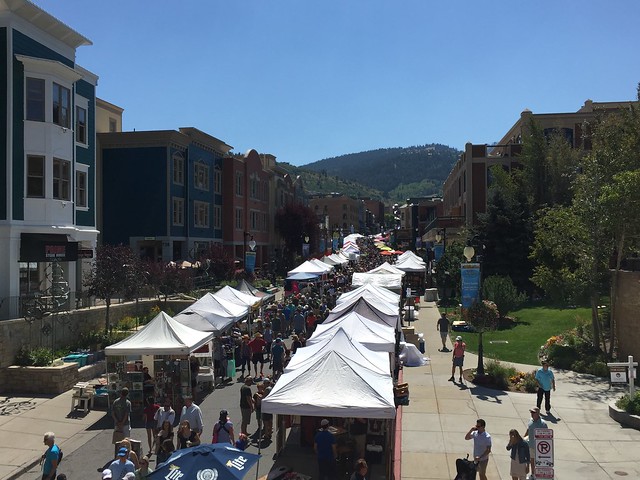 And for our grand finale, a trip to the Utah Olympic Park. There’s an interesting ski museum with exhibits about the history of skiing in Utah, ski fashion (the 80s jumpsuits were totally rad!), and the 2002 Salt Lake Winter Games. 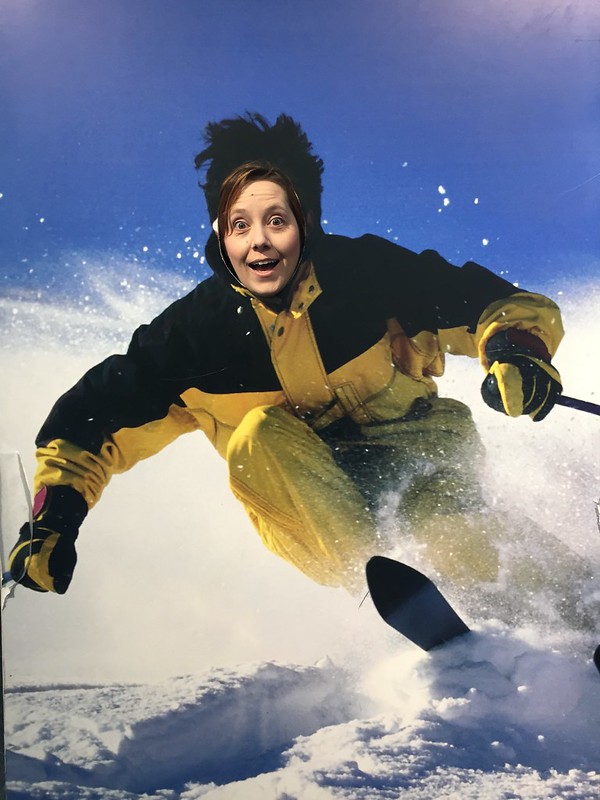 Olympic Park is pretty awesome. They’ve added a couple of ropes courses, zip lines, tubing on the ski jumps, and you can even go bobsledding! 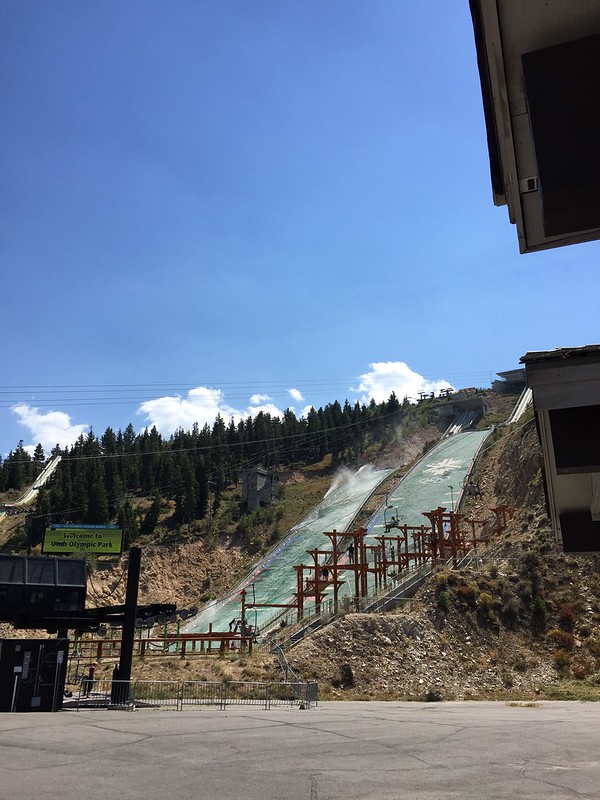 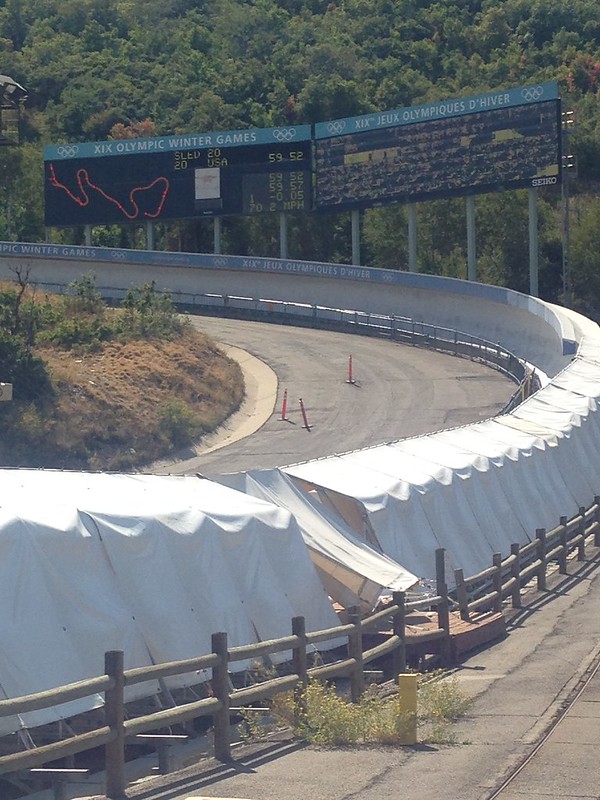 The best thing there is definitely the Flying Ace All-Stars Freestyle Show. Past Olympians and current US team members ski down jumps, do crazy tricks, and land in a swimming pool! This is how they practice when there’s no snow! The show also featured two climbing champions who raced up the 50-foot wall…and then jumped into the pool from the top! 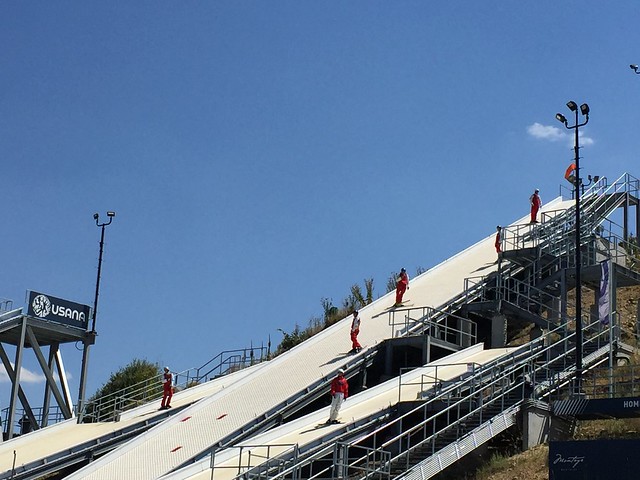 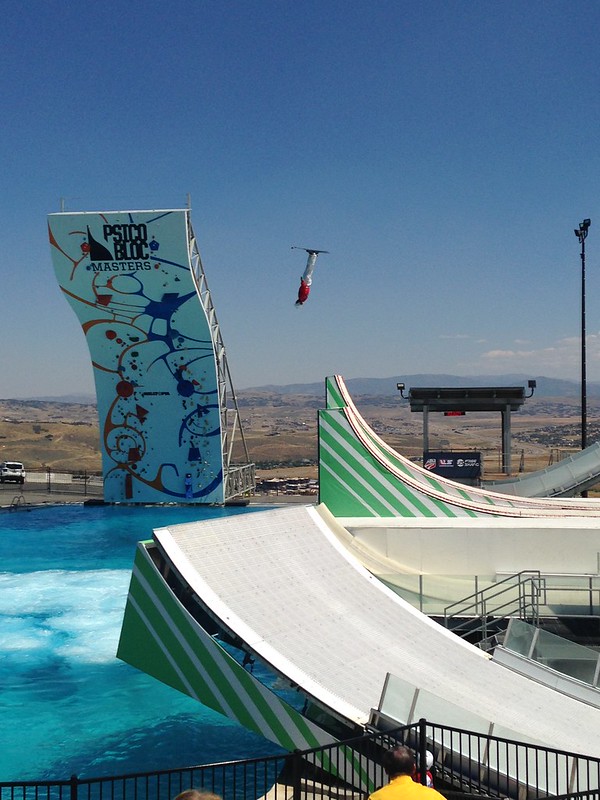 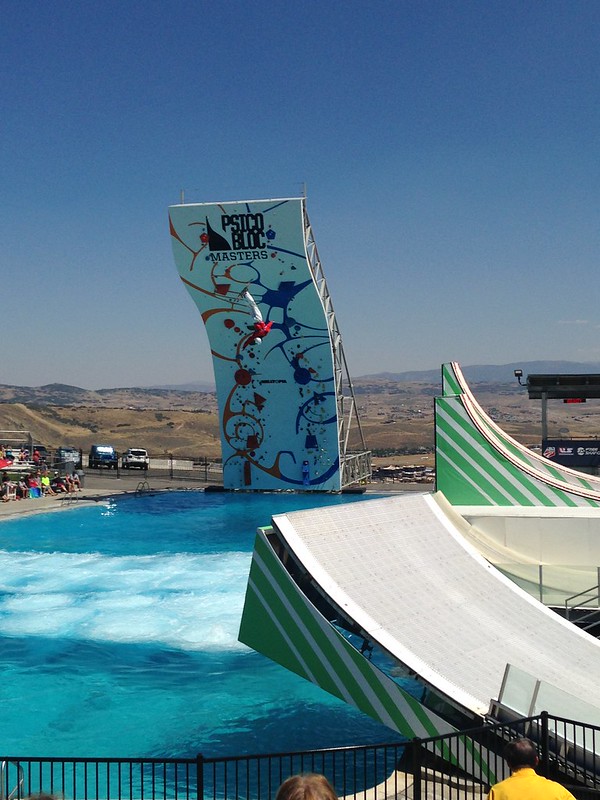 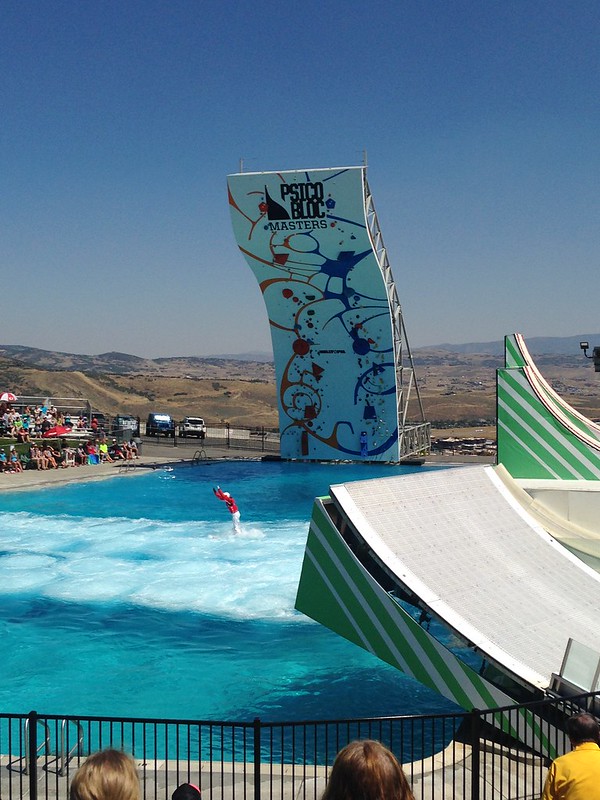 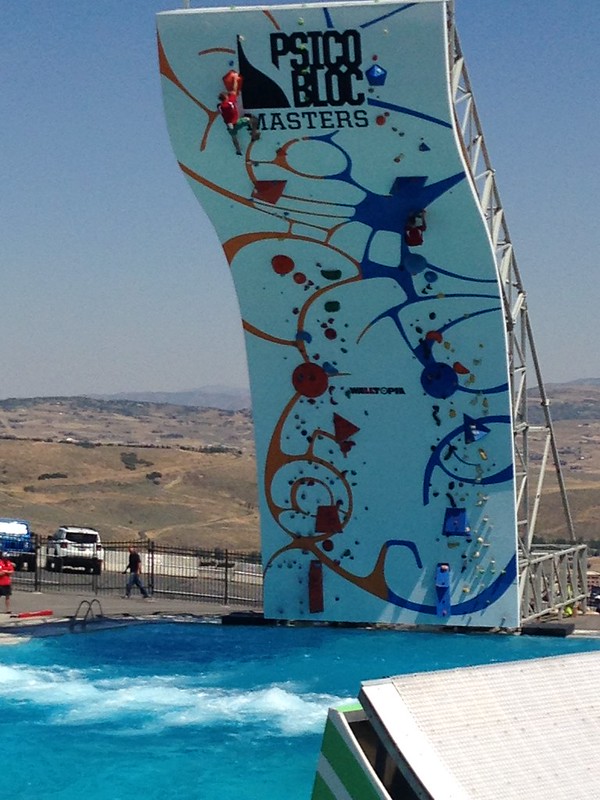