We did a lot of walking this weekend! We began Saturday with a visit to the New Bohemia Market to check out Corridor Cars and Coffee. There was a mix of cool antique cars and fancy modern ones. It seemed like anyone who wanted to show off their car could just pull up and join the show. We should have brought the Volvo over! 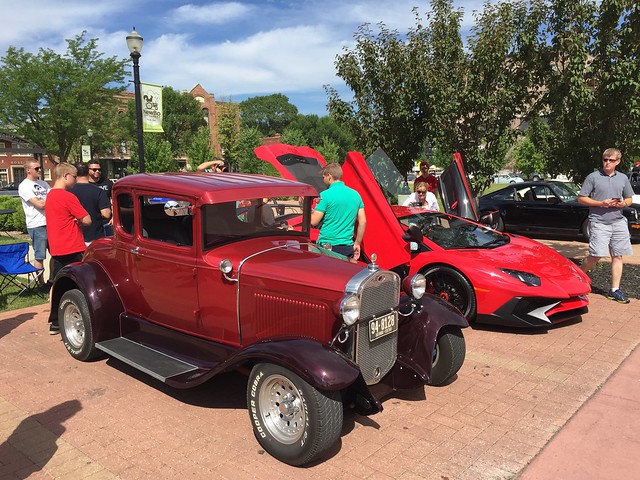 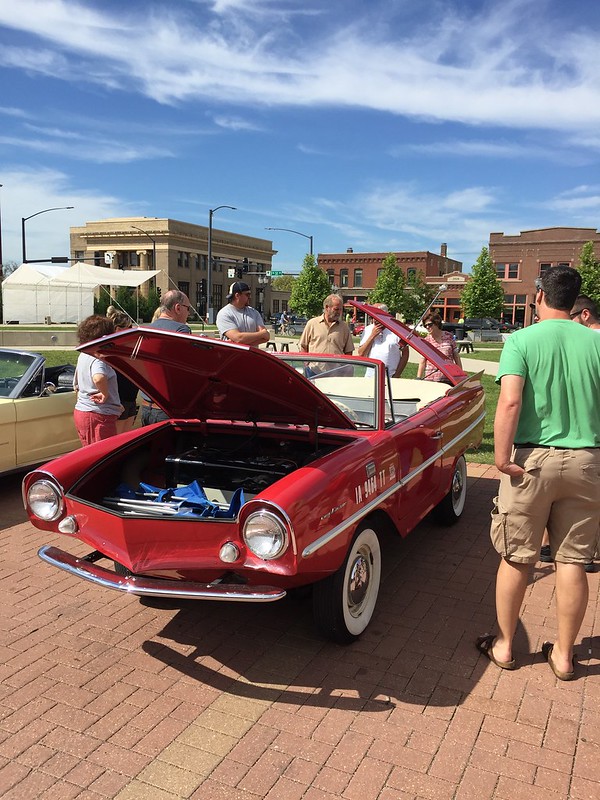 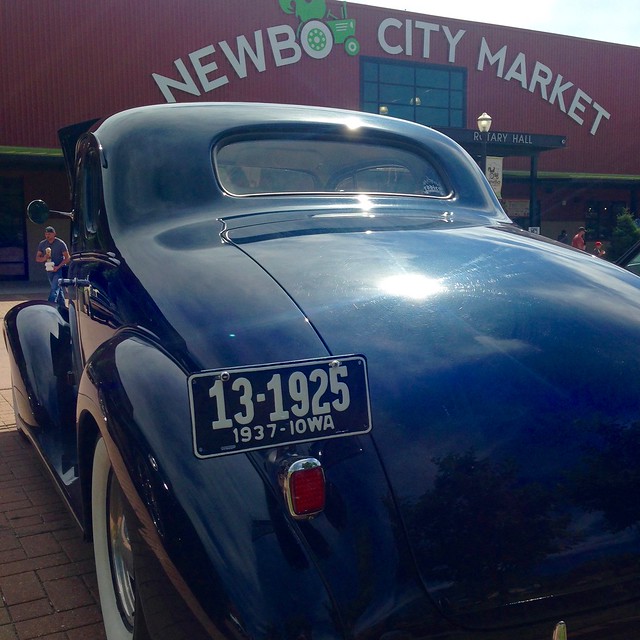 Just one block away the park was filled with a flea market called Revival on the River. Lots of neat stuff to look at. 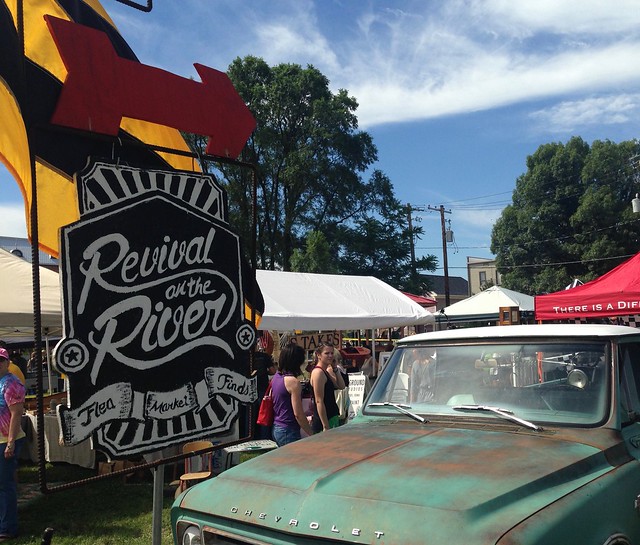 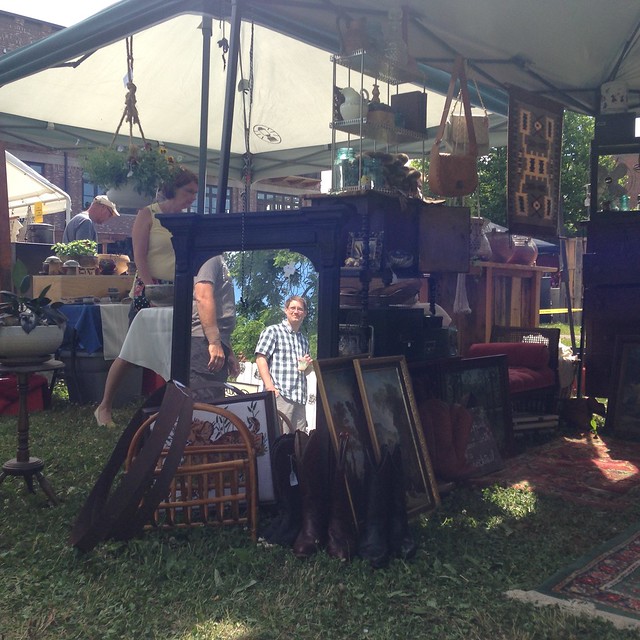 Then we headed downtown for the farmers’ market, which I read is the biggest outdoor farmers’ market in the Midwest. They did have several blocks blocked off and tons of vendors. There were farmers selling veggies and also lots of baked goods, craft tents, and local restaurants. 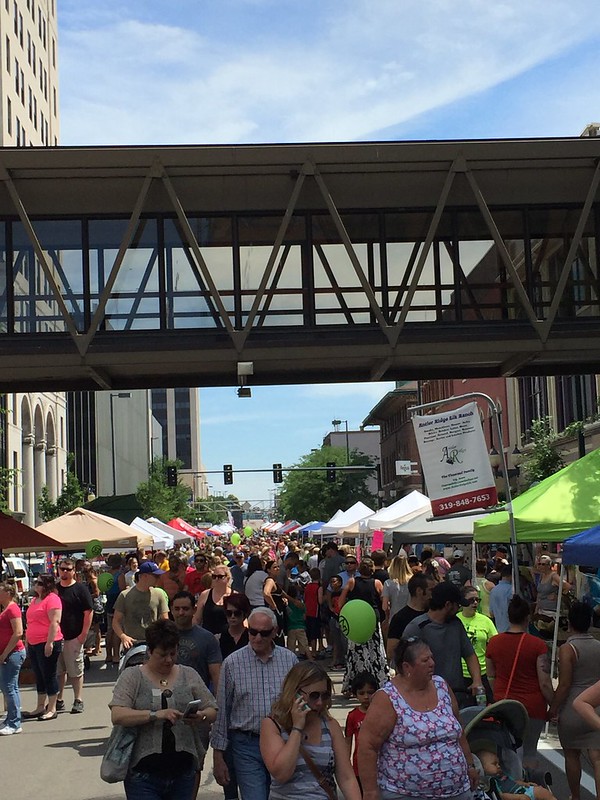 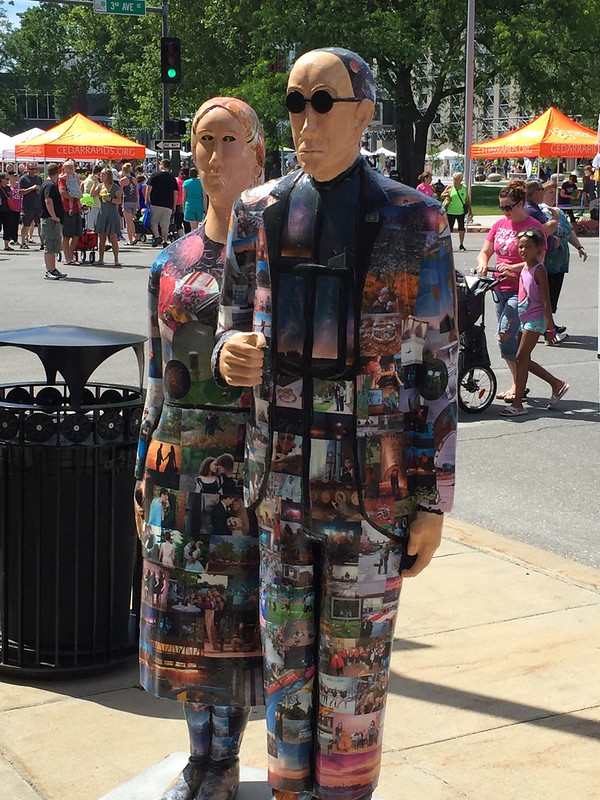 After a short break at the house, we drove over to the Amana Colonies, a German settlement from ye olden times. The old stone buildings are very nice, and are now home to restaurants, a general store, winery, and craft shops. We happened to show up during the Wurst Festival, which you just can’t walk by and not attend. They were showcasing local sausage makers, and attendees voted on their favorites. 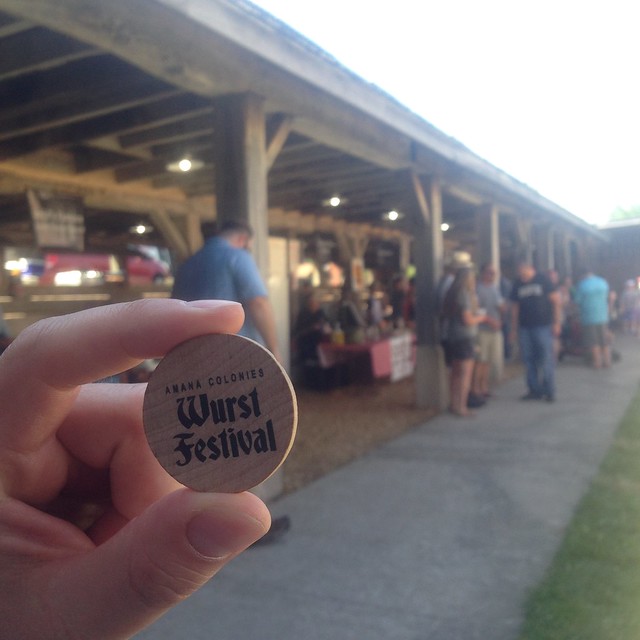 An Ingress mission walk kicked off our Sunday morning. (Aseem & Daphne: We leveled up!) This walk took us to a different part of the neighborhood and we found some fun art along the way. 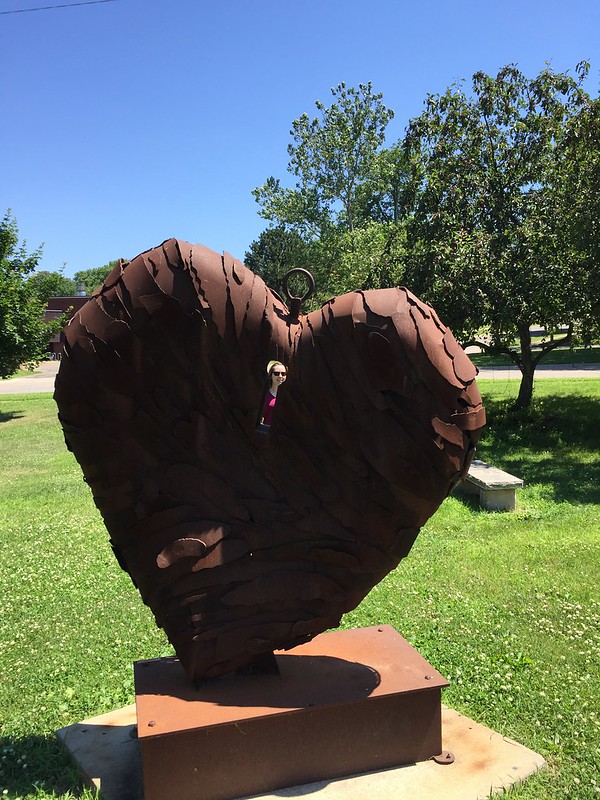 In the afternoon we visited the Cedar Rapids Museum of Art. They had several Grant Wood paintings and a nice Rodin exhibit. We also took a tour of the house/studio where Wood lived, which was really just one open room above a carriage house. He painted American Gothic here, although the house in the painting is in the town of Eldon. Fun fact: his sister sat for the woman in the painting, who is supposed to be the farmer’s daughter, not his wife. 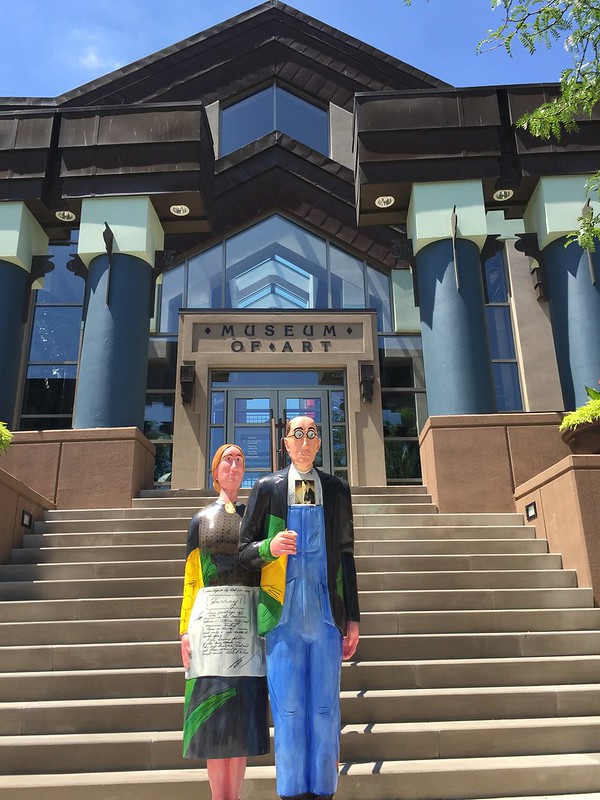 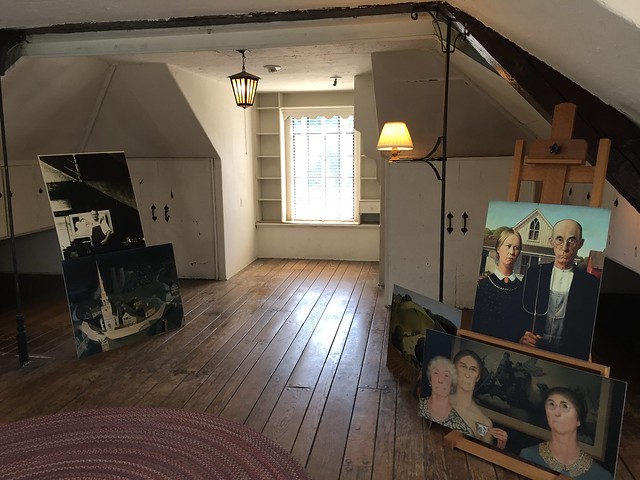 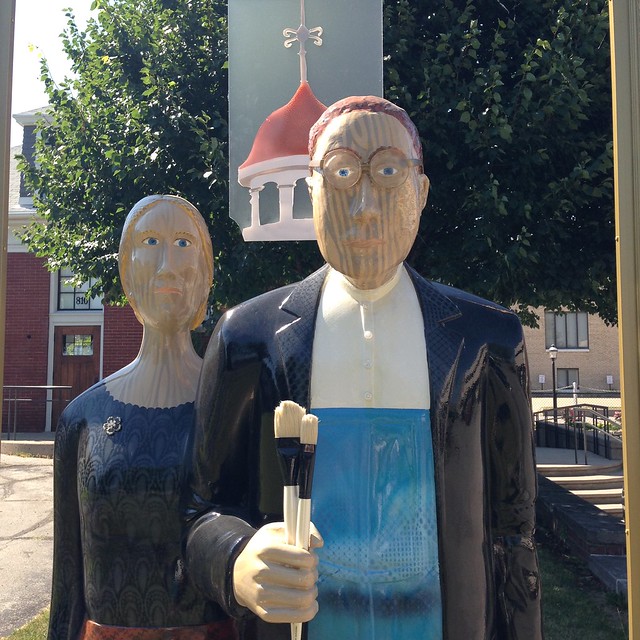